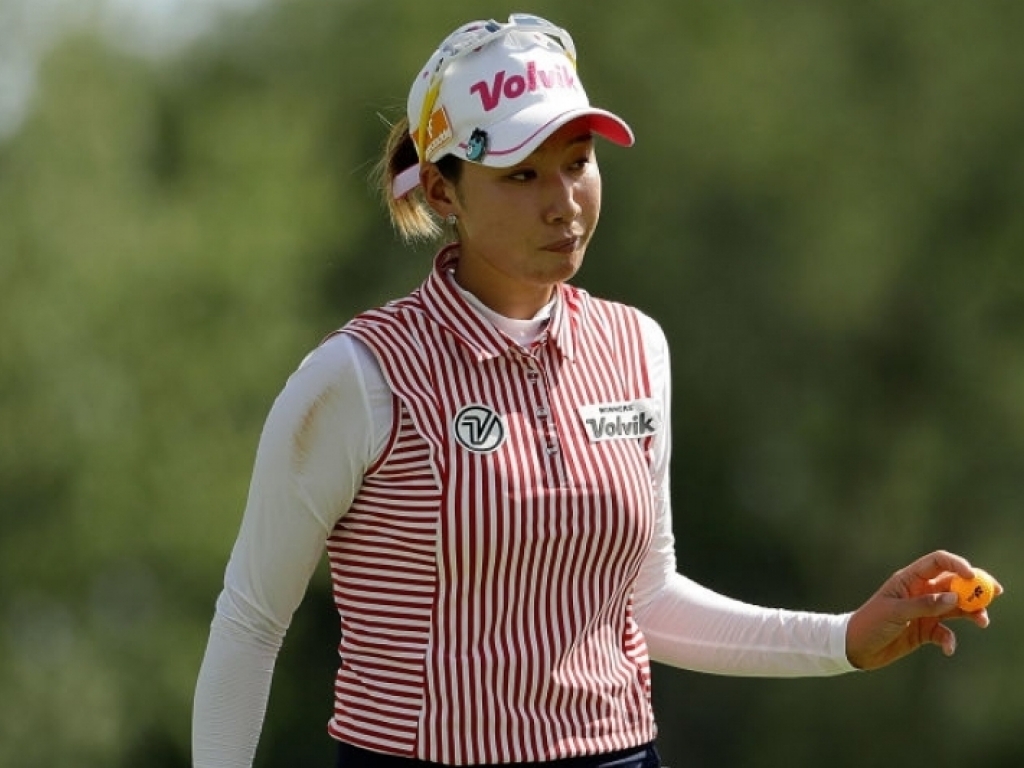 Chella Choi shot a four-under par 67 on Saturday to share the lead with Danielle Kang ahead of the final round of the KPMG Women’s PGA Championship.

Another Korean Jiyai Shin rocketed into contention after she shot a seven-under round of 64 that included five birdies on the back nine, to finish two shots behind the leaders on eight under.

Meanwhile, defending champion Brooke Henderson enjoyed a special Canada Day, carding a second consecutive round of 69 to lie in fourth place at seven under, just three shots back.

“I heard a little bit of ‘Happy Canada Days’ out there,” which is good,” Henderson said. “I’m very proud to be a Canadian and it’s also a special weekend.”

Henderson, 19, was two strokes behind the leader last year, a fact that will give her confidence going into Sunday.

“With a major championship, really it comes down to the back nine on Sunday,” Henderson said. “So as long as I can play solid and get myself into a good position coming down those final holes…. I think it will be a really interesting finish and I’m just hoping to be part of it.”

If Henderson manages to win she will join Inbee Park (Champion in 2013-15) as one of the few women to successfully defend the Women’s PGA Championship.