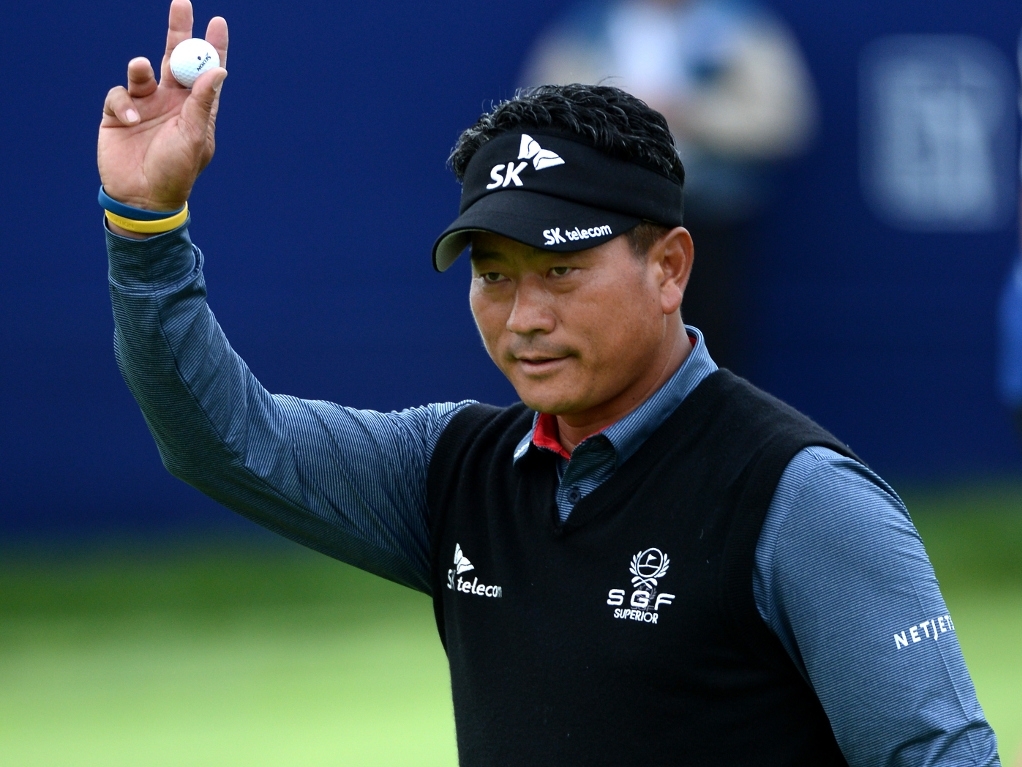 K.J. Choi and Scott Brown hold a one-shot lead heading into the final round of the Farmers Insurance Open.

Having seen big names the likes of defending champion Jason Day and Phil Mickelson fail to make the weekend's running in California, the title is very much there for the taking.

Gary Woodland and Jimmy Walker are a shot back, with Michael Kim, Jonas Blixt, John Huh, and Freddie Jacobson two off the pace. A group of seven which includes Dustin Johnson (74) are three shots back.

Overnight co-leader Choi started poorly on Saturday, but recovered to post a level-par 72 which sees him remain on nine-under.

Choi was three-over for the first 12 holes at the Torrey Pines South Course, with a double bogey at the seventh after a poor chip sending him in the wrong direction.  Three birdies over the closing six holes salvaged matters somewhat, leaving the South Korean in contention for his first win since the Players Championship in 2011.

Brown joins Choi at the top of the leaderboard after a mixed bag of a round which saw him post a 70 which included five birdies and three bogeys.

Gary Woodland held a share of the lead heading into the penultimate round, but after taking the turn in one-over he could not recover on the back nine, with two birdies cancelled out by two bogeys.

Walker meanwhile was erratic off the tee, but made up for it with some good short play and putting which saw him post a 68.

Jason Gore is five shots off the pace, but perhaps had the best story to tell after he notched up an albatross when he holed out with a three-wood on the par-five 18th hole.