Chipper Korda in right frame of mind for British Open 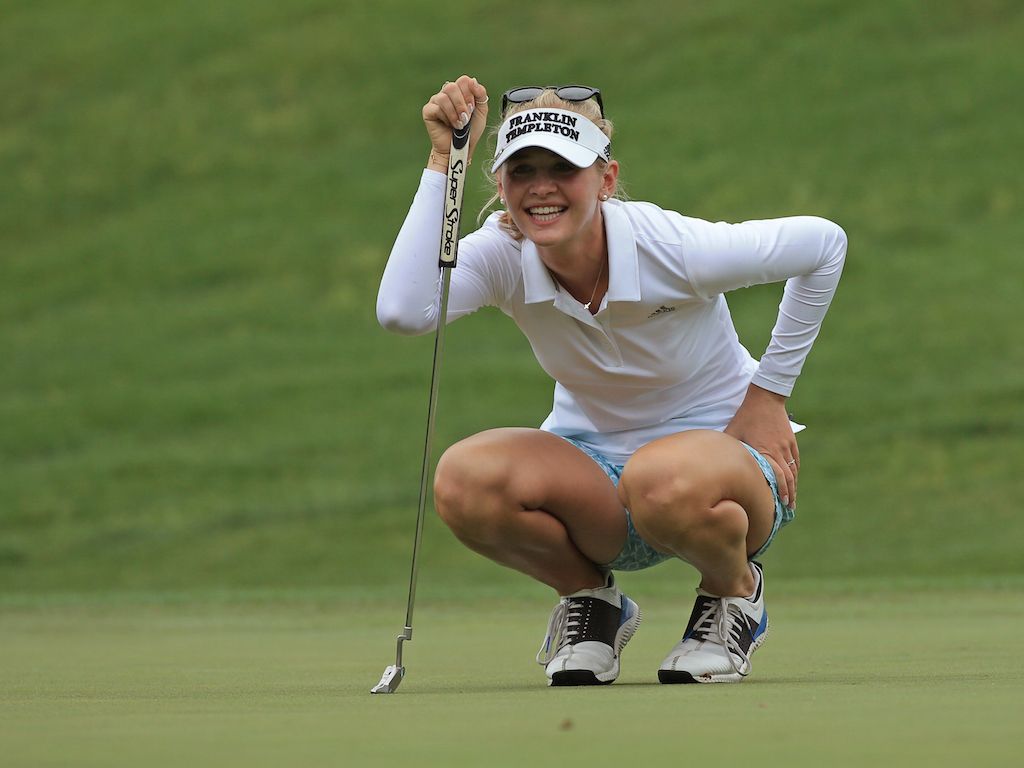 Jessica Korda has an extremely positive mind-set heading into this week’s Women’s British Open and the time could well be right for her to win her first major.

Royal Lytham & St. Annes, the host for this week’s British Open, is a club steeped in history. It has hosted the Women’s British Open five times. Among those who have won there are Annika Sorenstam, Sherri Steinhauer and Catriona Matthew.

While it is a special place though, there is nothing easy about the layout. The course has 167 bunkers and is extremely exposed to strong sea winds.

Fully aware of both it’s prestige and it’s malice, Korda is confident she is ready for whatever the Lancashire track will throw at her.

“My first introduction [to links] was Carnoustie in 2011,” Korda said.

“That was not the best introduction, but I fell in love with it.

“I love the different shots that you have to play.

“You can’t just hit a high ball and try and spin it. Around the greens, there are so many different shots that you can hit. I think that’s really fun.

“It brings the creativity back into golf, a little bit more than versus just trying to hit it far and high.

“You cannot get upset out here. You might hit a great shot, but you might catch a bounce and you might end up in some high grass or in a bunker or over the green.

“You just have to be committed to the shot that you’re hitting, and that’s all you can do. After it leaves that club face, you have no idea what’s going to happen.”

As for the steep bunkers, Korda conceded that landing in them was essentially like taking a drop.

“You just have to go sideways, take your penalty and go.

“It’s going to get very stressful out there.”

Korda’s laissez-faire approach coupled with her current form might well be the recipe for success this week.

The world number nine has never won a major and before this season produced her worst golf in the biggest five tournaments of the year – in the first 36 major championships of her career, she finished top 10 just twice. This year though she was T4 at the ANA Inspiration and T4 at the KPMG Women’s PGA Championship.

She also has five LPGA victories to her name so the winner’s circle is no stranger to her.