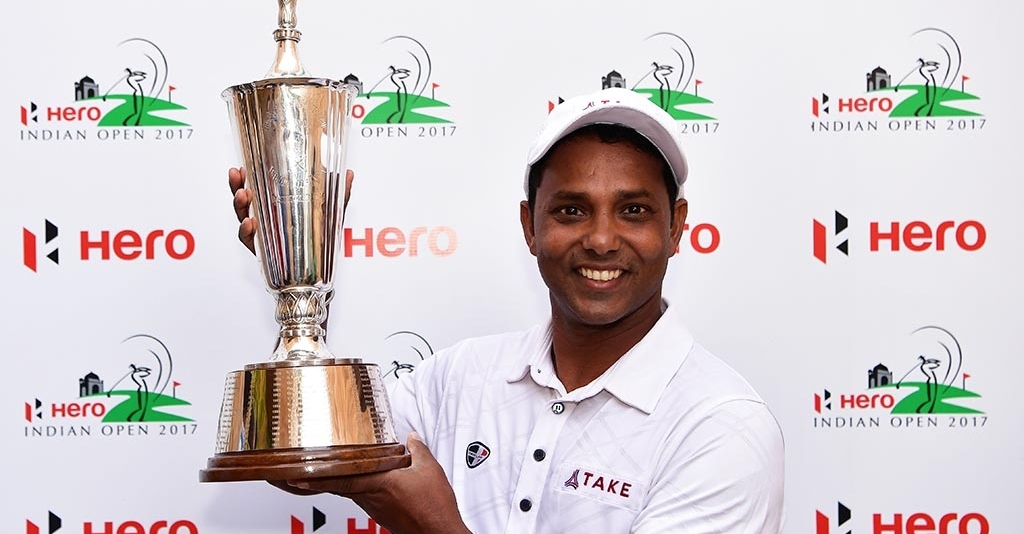 SSP Chawrasia of India successfully defended his European Tour title at the Hero Indian Open by firing a final round one under 71 to finish with a 10-under-par total in New Delhi on Sunday.

In second place, seven shots behind, was Malaysian Gavin Green, who fired a three over 75 to finish on three under and was followed, in a tie for third, by Italian Matteo Manassero and Scott Jamieson of Great Britain both on a two under total 286 shots.

The weather delayed tournament's third round had to be completed on Sunday and once the final round got underway, Chawrasia, who was two shots ahead, took control at the DLF Golf and Country Club with birdies on the fourth, eighth, ninth and 13th holes while dropping shots on the sixth, seventh and 18th for his 278 shot total and comfortable victory ahead of Green.

The result means that Chawrasia has now been runner-up for times before claiming the title in 2016 and again this year and created history by becoming the first Indian player to successfully defend a European Tour title.

In an interview after his victory, the 38-year-old Chawrasia said he was thrilled to have won back-to-back titles.

"I was very happy to have everyone supporting me and having my wife here too to see me winning the Indian Open two times back to back. I’m just very, very happy.

"This is a very tough course so I'm just trying to play straight and to the right place. I played very consistently this week.

"After driving (on the 18th) I was thinking, 'now I've won the tournament'. I know on the 18th hole, driving is very, very tough."

Second-placed Green never really threatened Chawrasia's dominance, having five bogeys and two birdies in his round of 75.

Jamieson fired a 72 to finish eight shots behind Chawrasia while Manassero finished with a 73, both tied for third.