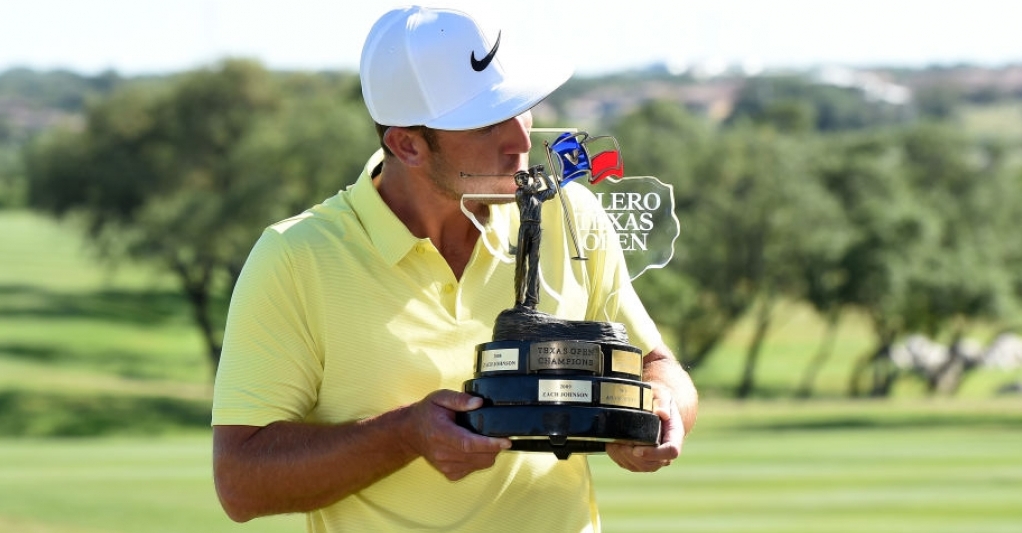 Kevin Chappell sank an eight-foot birdie putt on the final green on Sunday to seal his first PGA Tour title at the Valero Texas Open.

Chappell needed to birdie the par-5 18th to avoid a playoff with Brooks Koepka, who had surged up the leaderboard to grab the clubhouse lead with a final-round 65, and he duly held his nerve to hole out.

The birdie meant that Chappell, 30, finished on 12-under par, one stroke ahead of Koepka, and scored a first tour victory in his 180th start – a win that was a mighty relief judging by his celebration.

The putt.
The win.
The emotions.

“I’m just excited that I don’t have to answer that question of, ‘What do I have to do to win?’ again,” said Chappell afterwards.

The win was a long time coming for Chappell, who had previously recorded three third places and six runners-up finishes, including four in 2015-2016.

Tony Finau and Kevin Tway each shot 69s to finish in a tie for third place on nine-under par, while Chappell’s playing partner Branden Grace of South Africa, dropped down the leaderboard to finish tied for 10th spot on six-under par after a disappointing round of 73.

Next week, the PGA Tour moves on to TPC Louisiana for the Zurich Classic of New Orleans.