Chapman wins for the first time in six years 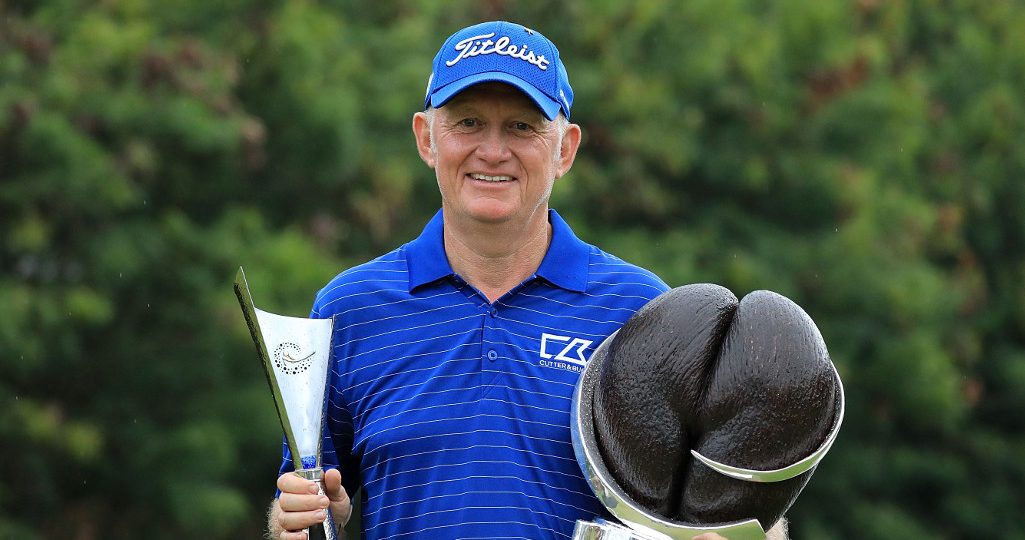 In breaking a six-year win drought, as well as successfully returning from shoulder surgery, he fought back the tears as he admitted: “What a journey it’s been because back in May I was not the happiest person and I probably came back to action a little soon.”

At the start of the final round the 59-year-old was alone in third, but trailed the leader Miguel Angel Martin by seven shots and second-placed Tom Lehman by two.

He made solid progress through the first 12 holes on Sunday, collecting three birdies and nine pars. Over the same stretch of holes Lehman was treading water (playing them in par) whilst Martin scratched three bogeys and a double bogey-7 against a single birdie.

Straight lines for Tom Lehman as hunts down the leader on the last day of the @StaysureTour 2018 season. pic.twitter.com/gUq2WOsrQM

The Spaniard had emerged from the woods with a fortunate 1-under-par on Friday, but his visits to the same trees on Sunday were less blessed with unlikely ricochets and the putts which dropped in his Saturday 59 refused to do so as the pressure mounted.

Phillip Price was apparently immune to the dangers of the last six holes which are played up, over, between and down from the hills. He thrashed four successive birdies from the 14th and would have made it five had he got up-and-down at the last.

He signed for a 5-under-par 63 which set a clubhouse target of 6-under and Chapman joined him with a tap-in birdie at the 17th followed by par at the last.

Lehman and Martin arrived at the final hole in a four-way tie for the lead, but both found jungle from the elevated tee from where Lehman made bogey and Martin plopped two balls into water before shuffling away with a triple bogey-8.

On their return to the 18th Price and Chapman stepped it up a gear. The Englishman left himself 25-feet for eagle, Price promptly knocked his approach inside it and to half the distance.

“It sounds easy to say this,” laughed Chapman afterwards. “But you know when you get those premonitions? I knew I was going to hole that putt. I really did and I needed to because Phil had me under pressure.”

Chapman’s focus was remarkable because as he lined up the putt a phone rang loudly from the gallery. Apparently oblivious, he stroked the ball towards the hole, the prophesy proved accurate, and it dropped with perfect pace. Price’s effort slipped by.

It maybe six years since Chapman last tasted victory however the details of the experience had not been forgotten.

“Today was a little like the last round of the US Senior PGA in 2012,” he explained. “That day I was four behind playing with the leader Bernhard Langer and I made birdie at the second as he made double bogey so I knew it could change very quickly.

“That memory was very strong today. Absolutely. Bernhard Langer leading by four? You’d think there’s only one winner, but it doesn’t take much.”

He also paid tribute to those who helped him through the hard times.

“My wife Cathy is my rock, whilst my coaches Paul Anderson and Gary Nicol are part of this win,” he said. “And my caddies this week too. I had a lovely guy in the first round called Raphael. Such a lovely guy but he’d never been on a golf course in his life and he pulled the trolley across a green.

“So a guy called Vishar came in for the final two rounds. He actually said to me earlier, ‘Right, Roger, I need 13-under today.’ I was saying, ‘Today? Don’t you mean in total?!’ He was great and so enthusiastic.”

Seven days ago he wasn’t in the field (he needed a top four finish in Mauritius and got it).

At the start of the final round he was seven shots off the lead.

At the end of the day he had won the seventh professional title of his career.