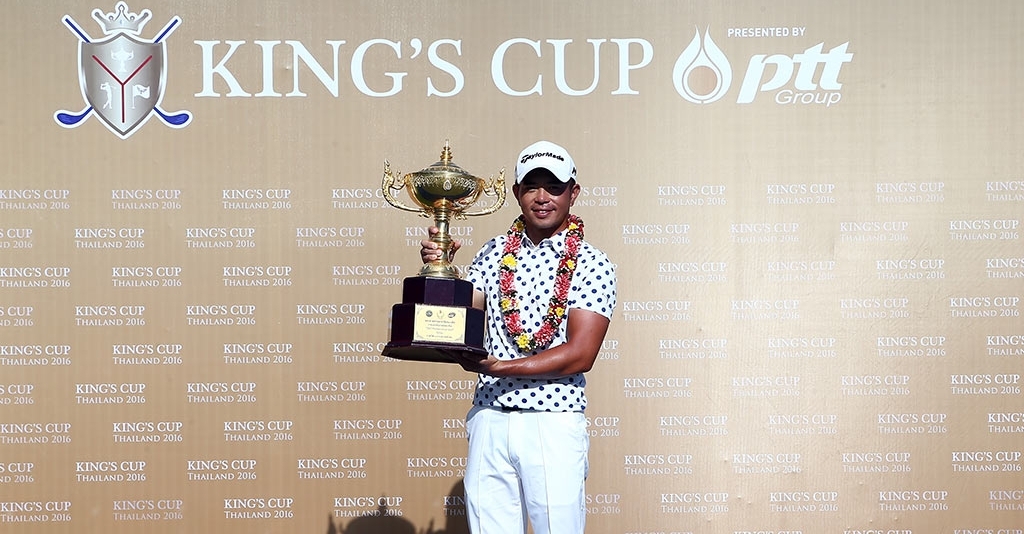 Chinese Taipei's Chan Shih-chang won the King’s Cup by two strokes after a closing 67 at the Phoenix Gold Golf Club on Sunday.

The 30-year-old, who entered the final day with a one-shot lead, mixed six birdies with three bogeys in his final round to finish the week on 12-under-par and claim the title with a total of 268.

Lin Wen-tang of Chinese Taipei was second on ten under after posting a four-under-par 66, while local favourite Danthai Boonma and England's Mark Foster were another shot back on nine under.

England's Eddie Pepperell, who was tied at the top with Chan and Boonma as the final group reached the turn on Sunday, finished on seven under after carding three bogeys and a double bogey in his final four holes.

Chinese Taipei's Chan began his final round sinking a five-foot birdie putt at the first before making back-to-back gains at the fourth and fifth holes to move to 12 under.

His lead was reduced to a single shot when Pepperell scored an eagle at the sixth, and after they both dropped a shot at the short seventh, Chan carded his second bogey of the day on the ninth to relinquish the outright lead.

Chan and Pepperell then matched each other blow-for-blow at the start of their back nine, with both players picking up shots at the 11th and 14th to reach 12 under.

But Chan was alone at the top of the leaderboard once more when Pepperell missed his par putt at the 15th.

Chan made his third bogey at the 16th but bounced straight back with a sensational birdie at the 17th head to the last tee with a two-shot lead ahead of nearest challenger Lin.

And even though he was unable to roll in his birdie putt at the 18th, Chan made par to win by two shots.

Lin, who started his fourth round three shots adrift of countryman Chan, dropped a shot at the second but bounced back immediately, notching birdies at the third and sixth holes.

He carded his second bogey of the day at the seventh before firing another birdie at the next to get to the turn in 34.

Lin then made three further gains on his back nine to head into the clubhouse on ten under.

Foster recovered from consecutive bogeys at the fourth and fifth with a gain at the long sixth to cover the front nine in 36 shots.

And birdies at the tenth, 14th and 17th saw him finish in a share of third place on nine under.

Boonma reached the turn in 31 after carding an eagle, three birdies and a bogey on his front nine.

He found himself in a tie for first place after reeling off a hat-trick of birdies from the 11th, but a bogey at the 16th took him back to nine under.