Chan hits the front after 63 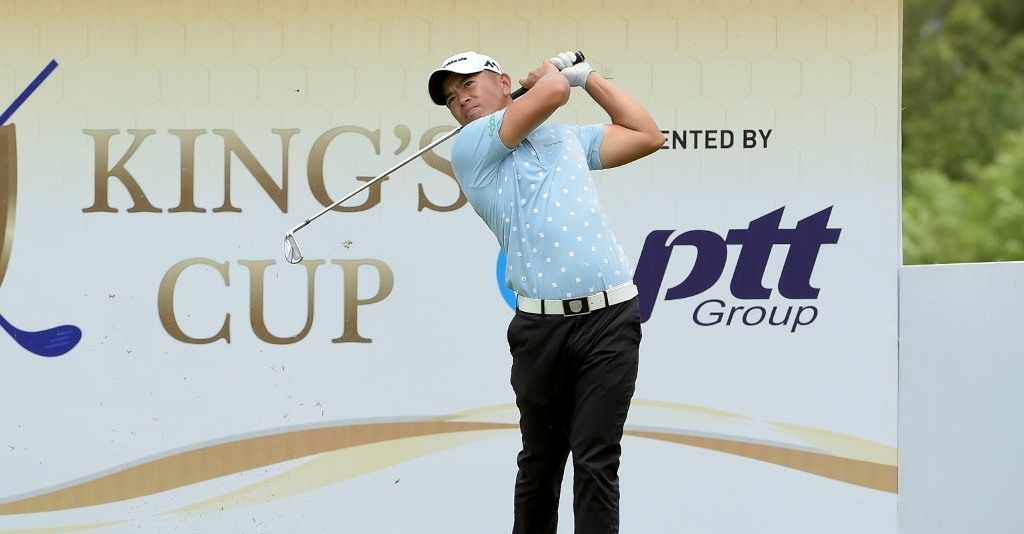 Chinese Taipei’s Chan Shih-chang fired a sizzling seven-under-par 63 to snatch the outright lead after the third round of the King’s Cup on Saturday.

Chan’s three-day total of nine-under-par 201 moved him ahead of the chasing pack and brought him closer to his dream of winning his maiden Asian Tour title at the Phoenix Gold Golf and Country Club.

England’s Eddie Pepperell matched Chan’s effort but stayed a shot back in second place with South Africa’s Jaco Ahlers after they returned with matching 202 totals.

Having won on five occasions on the Asian Development Tour (ADT), Chan is determined to land the prized title on the Asian Tour now.

“I’ve won four times on the Asian Development Tour and it’s my dream to win on the Asian Tour now,” said Chan.

The 30-year-old posted his best round since the start of the year and is confident of his breakthrough if he continues to putt well.

“I’m very happy to return with a bogey-free round considering how windy it was today. This is the best round I’ve played all season and I’m really pleased.

“I changed by putting stance and it really worked to my advantage the last three days,” said Chan, who made a total of 25 putts today.

Pepperell set the scorching pace with an outward 30 which was highlighted by four birdies, an eagle and a bogey.

While he could not maintain that hot streak in his inward-nine, the Englishman still managed to reel two more birdies on 11 and 17 to leave himself just one shot back of Chan.

“Saturday’s a moving day and I managed to do that, so that was nice. I had a bad back-nine yesterday which gave me lots of things to do today.

“I got off to a hot start and hit the ball really well and gave myself tap-ins which made life really easy for myself. It was a bit tougher on the back-nine as it was quite windy as there some tough holes. But I still felt I played well for most parts of the round there,” said Pepperell.