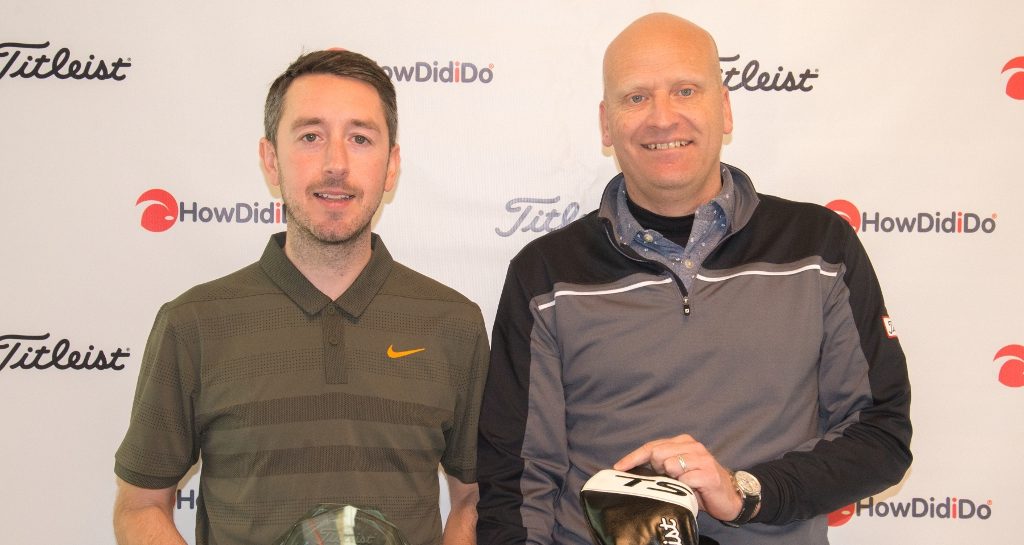 The Celts once again emerged victorious when the 2018 Titleist Order of Merit grand finals, powered by HowDidiDo, were played at the eight-time Open Championship venue, Carnoustie Golf Links.

In 2017, it was the Irish who made off with the titles; this year it was the turn of the Scots and the Welsh to dominate, with Tom Waterston, from Inverurie GC, winning the overall competition, while Llantrisant & Pontyclun GC‘s Sarah Coates took the women’s title and led her Welsh compatriots to team glory.

An amazing 32,865 competitors, from more than 1,600 HowDidiDo registered clubs, participated in the 2018 Titleist Order of Merit, with the handicaps ranging from 50 to plus 4. Running from April to September, the Order of Merit saw a staggering 238,441 eligible competition rounds.

Waterston, who played off a handicap of 13, scored 32 points, as the prestigious venue lived up to its ‘Carnasty’ reputation, with winds of 40mph providing an extremely tough test on an already notoriously challenging course.

Ten-handicapper Coates scored 28 points to top the ladies’ leaderboard and she was joined in the ‘winners’ circle’ by Holyhead GC‘s Faye Cox, who plays off 19, Burnley GC‘s Adam Ferris (11), and one-handicapper Stuart Henderson, from Rhuddlan GC, as Wales cruised to the national team title.

Waterston said: “I loved the challenge of the course. It was another windy afternoon though so it was tough to shoot a good score. You can never tire of playing Carnoustie.

“I don’t think anybody starts the season thinking they’re going to qualify (for the final); somebody mentioned about 33,000 people entered, so just to get to the final and to play the course here was an achievement itself. I was really surprised to come away as overall winner – but delighted.”

Entry to the Titleist Order of Merit was free to HowDidiDo members. Each competitor’s medal rounds were monitored by the HowDidiDo system, which selected the five best from each player, in each handicap division, throughout the qualifying period – and the best 16 travelled to Carnoustie.

The first prize was a custom fit set of Titleist clubs and the Order of Merit trophy, and Michael Creighton, the Titleist brand director, believes the competition is an ideal partner.

He explained: “The Titleist Order of Merit, powered by HowDidiDo, is an event we have been proudly associated with for almost 10 years. It provides club golfers with the opportunity to win a host of great Titleist prizes throughout the year as well as, for the qualifiers, a unique final event at an iconic venue such as Carnoustie to show our appreciation for their support.

“For the last few years, we’ve brought some of our specialist ball and club fitters along for the finalists to experience and get custom-fitted for our full product range, including the chance to try the new Titleist TS metals. We look forward to working with HowDidiDo to build on the success of this year’s event in 2019 to celebrate the 10th anniversary of the Titleist Order of Merit.”

To view a video of the 2018 Titleist Order of Merit, powered by HowDidiDo, visit http://bit.ly/2SjAANj.