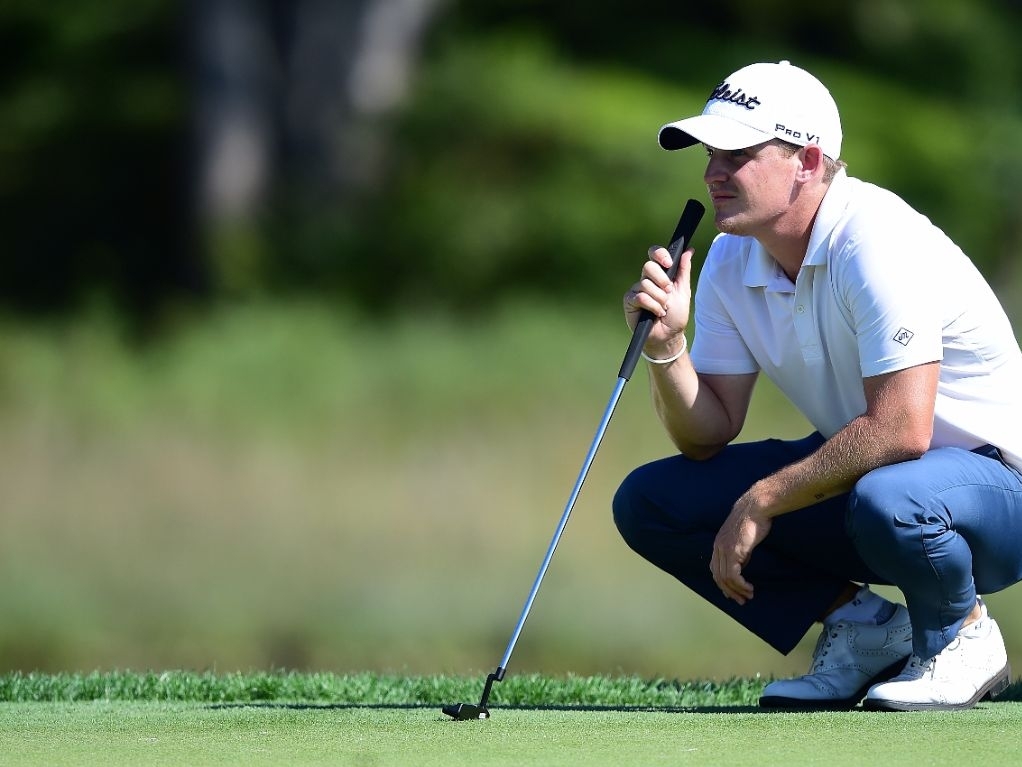 Bud Cauley boasts a two-shot lead at the RBC Heritage after the American produced a near record-breaking round in South Carolina.

Cauley’s flawless eight-under-par round of 63 was just two shy of the course record at the Harbour Town Golf Links, as he took full advantage of the perfect conditions.

The 27-year-old has missed seven of 12 cuts this season, but eight birdies secured a two-point buffer over Luke Donald, Graham DeLaet and Sam Saunders.

“You never go out thinking you’re going to shoot that,” Cauley said.

“I just got into the round and was swinging well and tried to give myself as many looks as I could.

“The last five holes I hit every shot just kind of how I was looking. So that was a nice way to finish.”

Former world number one Donald – who missed a second successive Masters last week – had been the early pace-setter after a round of 65. It continued the British player’s good form at Harbour Town after he has previously finished second there on four occasions.

Ian Poulter and ex-US Open winner Webb Simpson are among a group three shots adrift of Cauley at five under. Matt Kuchar – who finished fourth at the Masters – is two shots further back after a 68.