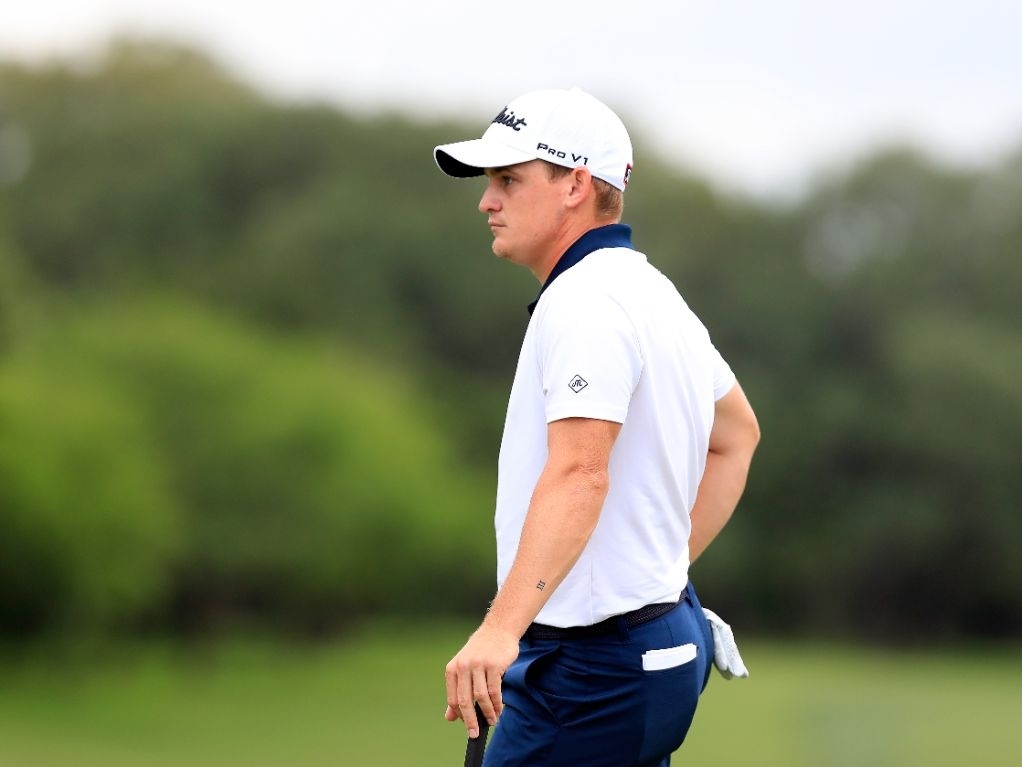 A day of superb salvage jobs saw Bud Cauley take a joint lead at the halfway point of the Valero Texas Open.

American Cauley – seeking his first PGA Tour victory – shot a six-under-par round of 66 on the second day in San Antonio to lie alongside Tony Finau at the top of the leaderboard.

Cauley’s round was bogey-free, yet the 27-year-old missed eight greens on the AT&T Oaks Course. Each time though, he managed to make par, which complemented his six birdies.

“It was windy out there today. It was tough. I knew I was going to miss some greens. I was able to leave it in the right spot most of the time and saved some shots out there.”

Cauley is at eight under-par overall heading into the weekend, as is Finau, who posted a round of 65, despite a bogey on the last.

It was the only blemish on a day which saw Finau make four birdies and hole from 105 yards for an eagle on the par four 11th.

The trio of Bob Estes, Cameron Smith and Kevin Chappell are a shot adrift of the lead.

First-round leader Branden Grace endured a tough day after a one-over round of 73 saw him fall three adrift of Finau and Cauley.