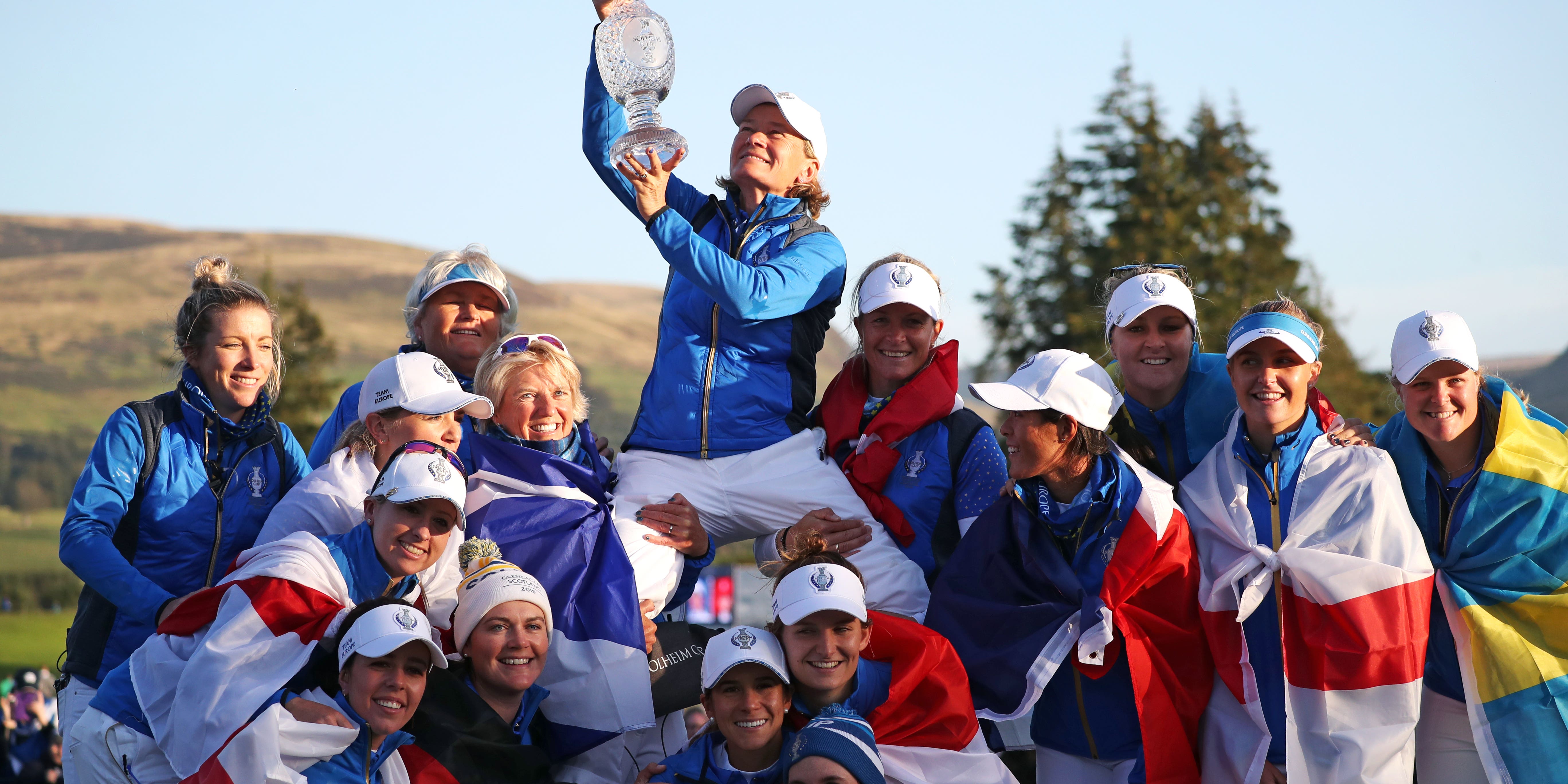 As a player, Catriona Matthew knows all about Solheim Cup success on US soil, securing the half point which guaranteed Europe’s sole away victory to date in 2013.

Now the 52-year-old Scot faces the daunting task of captaining the side to a second victory in the United States to retain the trophy won in such dramatic circumstances at Gleneagles two years ago.

The hero on that occasion, controversial wild card Suzann Pettersen, is among Matthew’s backroom staff at Inverness Club in Toledo, just as she was initially meant to be in 2019.

And Europe can call on three veterans of their 2013 triumph in Colorado – Charley Hull, Carlota Ciganda and AIG Women’s Open Champion Anna Nordqvist – as they bid to overcome the overwhelmingly partisan crowd and return home with the trophy.

Describing the 25-year-old Hull as a veteran feels odd, although she is among the most experienced members of the team with four appearances under her belt.

Just 17 when she was given a wild card by captain Liselotte Neumann in 2013, Hull justified the faith with two wins from three matches, including a 5 and 4 thrashing of Paula Creamer in the singles.

“I think actually I’m wiser, I feel like a lot more confident now,” Hull said. “Back then, as my first Solheim Cup, I didn’t know what I was getting myself into, so I found it was almost easier in a way because I didn’t feel the pressure.

“But then I’m actually looking forward this year to not having as many Europe fans because I actually quite like being the underdog coming into the event, and I enjoy that. I kind of bounce off that more.”

Whether the less experienced members of the European side feel the same remains to be seen, with 2020 AIG Women’s Open winner Sophia Popov joined by fellow rookies Leona Maguire, Matilda Castren and Nanna Koerstz Madsen.

England’s Mel Reid, who was a vice-captain at Gleneagles in 2019, believes the rookies will not be a weakness in Toledo – precisely the opposite in fact.

“I think in previous years, just the way the system is, we’ve not really had that with some of the rookies.

“We keep going back to this. This is by far the strongest team I really do think we’ve had. If I was to write 12 players, this is the 12 players I would have picked.

“They (the United States) are going to play great. We know that. We have to play better if we’re going to win. That’s all there is to it. It’s whoever plays better.

“You have to believe that you can do it. We’ve just got a great foundation for it. We’re really united as a team. We’re just going to have to see what it is like over the weekend, but there’s no reason why we can’t take this cup back our side again.”