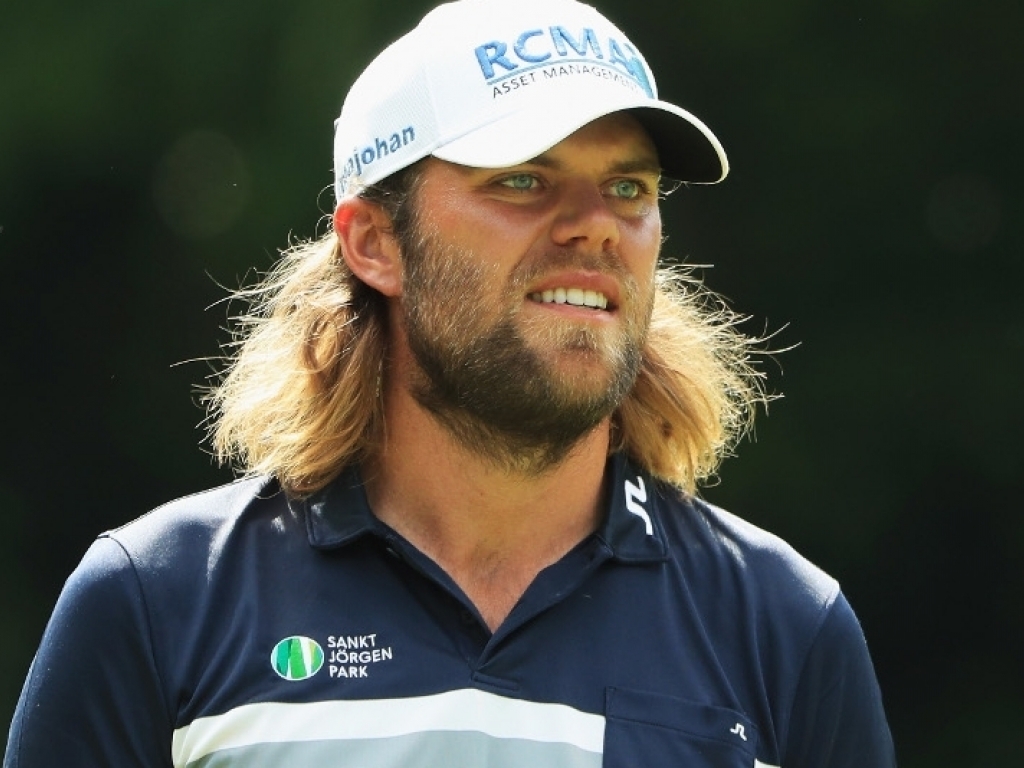 Sweden’s Johan Carlsson holds a narrow one-shot lead at the top of a tightly-packed BMW PGA Championship leaderboard after Thursday’s first round.

The European Tour’s flagship event got under way in perfect conditions at Wentworth, with Carlsson making the most of the opportunity.

The 30-year-old from Gothenburg carded a six-under-par 66 to lead by one from Francesco Molinari, Kiradech Aphibarnrat and Scott Jamieson.

Some big names are lurking just two shots back, however, including Open champion Henrik Stenson and two-time Qatar Masters champion Branden Grace, who both opened with solid 68s.

Others on four under include local duo Graeme Storm and Ross Fisher, Irishman Shane Lowry and Thomas Pieters.

The day belonged to Carlsson, however, who missed six of eight cuts at the start of the season, but recently turned it around with back-to-back top 30 finishes.

The Swede made a hat-trick of birdies from the third and picked up more shots at the seventh and ninth to make the turn in 30.

A bogey followed at 10, but he turned it around with two more birdies at 11 and 12 before taking the lead with another gain at the 15th.

A tap-in birdie went begging at 16, and he dropped another shot at the last as his round ended on a somewhat damp note, but he still had plenty to be happy about.

“I feel like I’ve been working hard on my swing,” Carlsson said. “Obviously this week is a big week and I’ve always had that goal in mind that this is going to be a tournament to get it around no matter what.

“I didn’t try to hit any super fancy shots. I just played with what I had, and I think that was the key to success.

“I putted really well today. I made a lot of good putts. You’ve got to hit a few good shots as well. So obviously everything in my game felt solid. It has to be when you shoot 6-under-par on this golf course.”

Further down the field, Justin Rose opened with a disappointing 72, along with Masters champion Danny Willett.