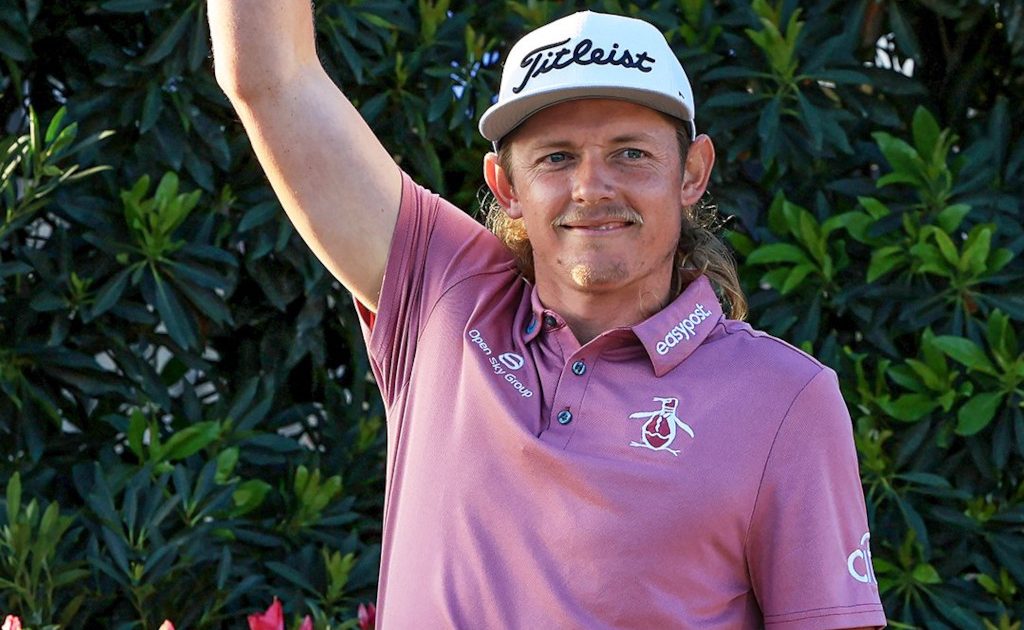 Australia’s Cameron Smith survived a late scare as he produced a rollercoaster final round of 66 to claim victory at the Players Championship in dramatic style.

The 28-year-old found the water on the 18th hole at TPC Sawgrass as he carded 10 birdies and four bogeys to finish on 13 under par, but overnight leader Anirban Lahiri was unable to make him pay as the three he needed to take it to a play-off eluded him.

Smith ultimately landed the $3.6million – around GBP 2.77million – prize money, along with three-year exemptions to the Masters, US Open and the Open Championship, by a single shot with England’s Paul Casey, who had started the tournament with a triple bogey, a further shot behind in third.

Asked how much confidence he had in his putting, the Australian said: “That was probably the big key today, to be honest. It kept me in it.

“I made plenty of birdies. Had to make a lot of good par putts as well there at the end. And yeah, it’s definitely the strength of my game. Sometimes I maybe lean on it too much, but it’s nice to see them go in.”

An emotional Smith was watched by his mother Sharon and sister Mel, who he had not seen for more than two and a half years because of Covid travel restrictions.

He said: “It’s really cool to have them here. My main priority really was just to hang out with them and golf was second for these few weeks. It’s nice to see them and nice to get a win for them.”

Smith set the early pace with birdies at five of the first six holes to establish a two-shot lead at 12 under par, with Lahiri picking up only a single shot through five.

Norwegian Viktor Hovlund, whose belated completion of his third round had included a hole-in-one at the eighth, picked up where he had left off to head for the 12th tee with five birdies having taken him to eight under.

Smith faltered with back-to-back bogeys at the seventh, eight and ninth holes and playing partner Casey, having reignited his challenge with a birdie three at seven, reached the turn with a bogey and another birdie to take a share of the lead on nine under par.

Hovlund had slipped back to eight under with a five at the 12th as Lahiri hooked his tee shot at the par three eighth and had to take a drop, eventually carding a double bogey.

Lahiri’s eagle three on 11 and a birdie for Casey at 12 saw them join Smith briefly until the Australian holed out to retain his single-shot advantage, and he extended it to two when he dropped an 11-footer on the 13th green as Casey left a putt from similar range up.

Smith held his nerve on 14 to secure just his second par of the round and that proved timely as Bradley birdied the 16th to close to within a shot, and the leader needed another good up and down at the next to stay ahead.

He scrambled his way to another par at the 16th having hooked his tee shot horribly, but Casey was unable to take advantage after his drive landed in an old pitchmark in the middle of the fairway.

A brilliant two at the 17th sent Smith to final hole three shots to the good, although the alarm bells were ringing when he found the water and Lahiri closed with a birdie at 17.

However, a superb pitch left him with a two-foot putt to escape with a bogey five and Lahiri could only make a four to end with a 69.

Earlier, Dustin Johnson had chipped in at the last to equal the course record of 63, while fellow American Russell Henley, who started on the back nine, had a day to remember as he finished with a round of 68 which included an albatross two at the 11th and an eagle three at the second.