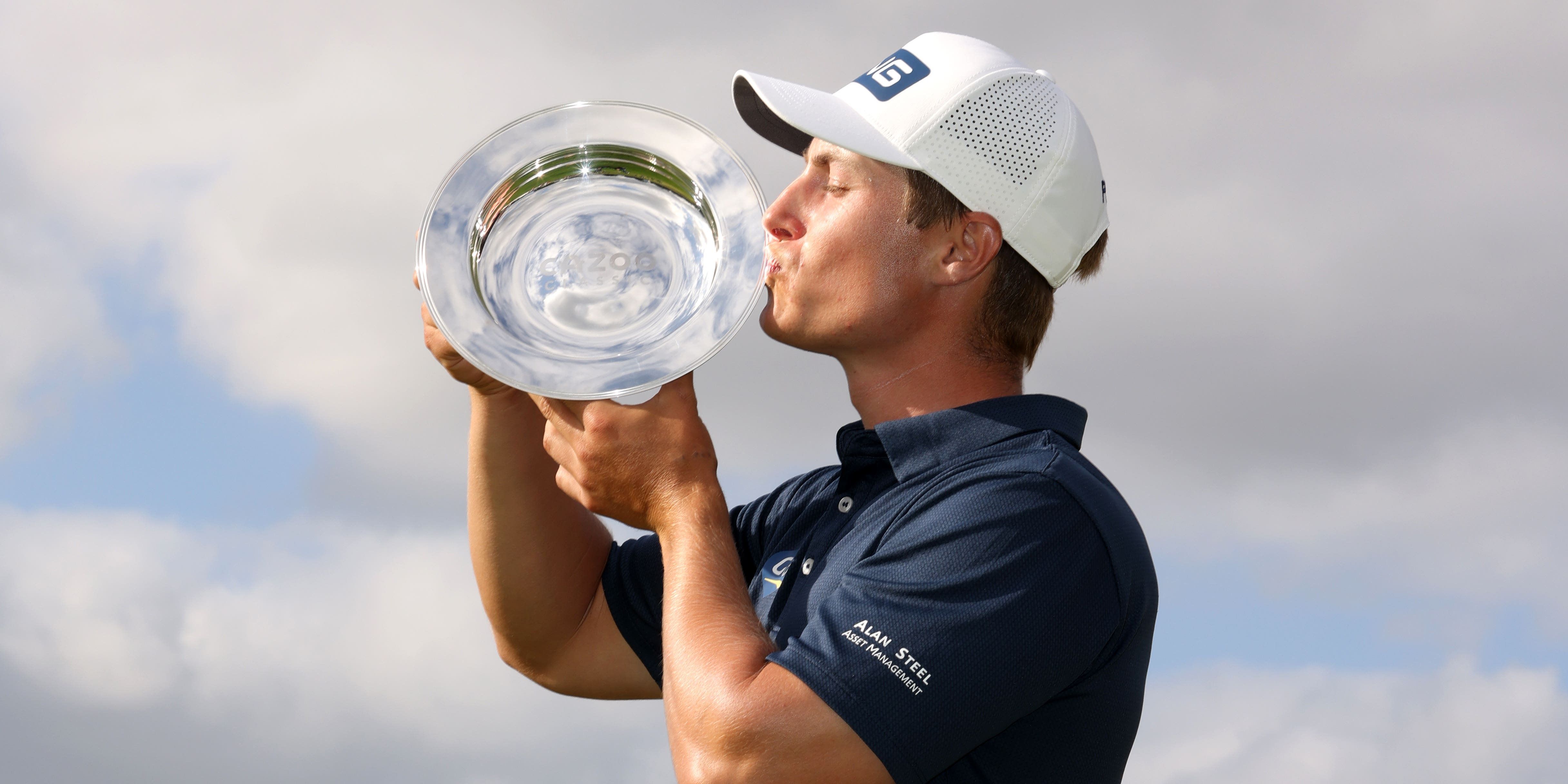 Calum Hill made it back-to-back Scottish winners on the European Tour as he claimed his maiden top-tier title at the Cazoo Classic in Kent.

The 26-year-old finished in a tie for fourth at last week’s Hero Open as he lost out to countryman Grant Forrest after the pair entered the final 18 holes in a share of the lead.

He was in the final group again at London Golf Club but this time had to overturn a three-shot deficit from Dane Rasmus Hojgaard, carding a 67 to finish at 16 under.

Frenchman Alexander Levy ended his week with a bogey-free 64 to finish a shot behind Hill and one ahead of Hojgaard, English duo Richard Bland and Callum Shinkwin and Welsh 2014 Ryder Cup hero Jamie Donaldson.

Hill has three Challenge Tour wins to his name but this victory secures his place on the continent’s top circuit and could move him into the top 100 in the world for the first time.

“This is the start and hopefully I can keep pushing on from here and see where I can take it,” he said.

“I managed to manage my emotions pretty well and stay in each shot and not get ahead of myself. I definitely felt the pressure but managed to keep control of it.

“I wasn’t really chasing a number, it felt like I was doing everything well today but at the start of the day my putts just weren’t dropping and then that changed on the back nine.”

Hill three-putted the fourth but that would be his only bogey of the day as he played an impressive bunker shot on the next, capitalised on the par-five eighth and made another birdie at the ninth to trail Hojgaard by two at the turn.

As the 20-year-old stumbled, Hill powered on, making it a hat-trick of gains on the 10th, claiming his birdie after laying up at the short par-four 13th and then getting up and down on the par-five 15th for the crucial winning gain.

Levy made three birdies on the front nine and then five in a row from the 11th in his excellent effort, while Hojgaard carded a level-par 72.

Donaldson had been in a share of the lead when he made his sixth birdie of the day on the 12th but he bogeyed the 14th in a 67, with Shinkwin carding a 66 and Bland signing for a 68.