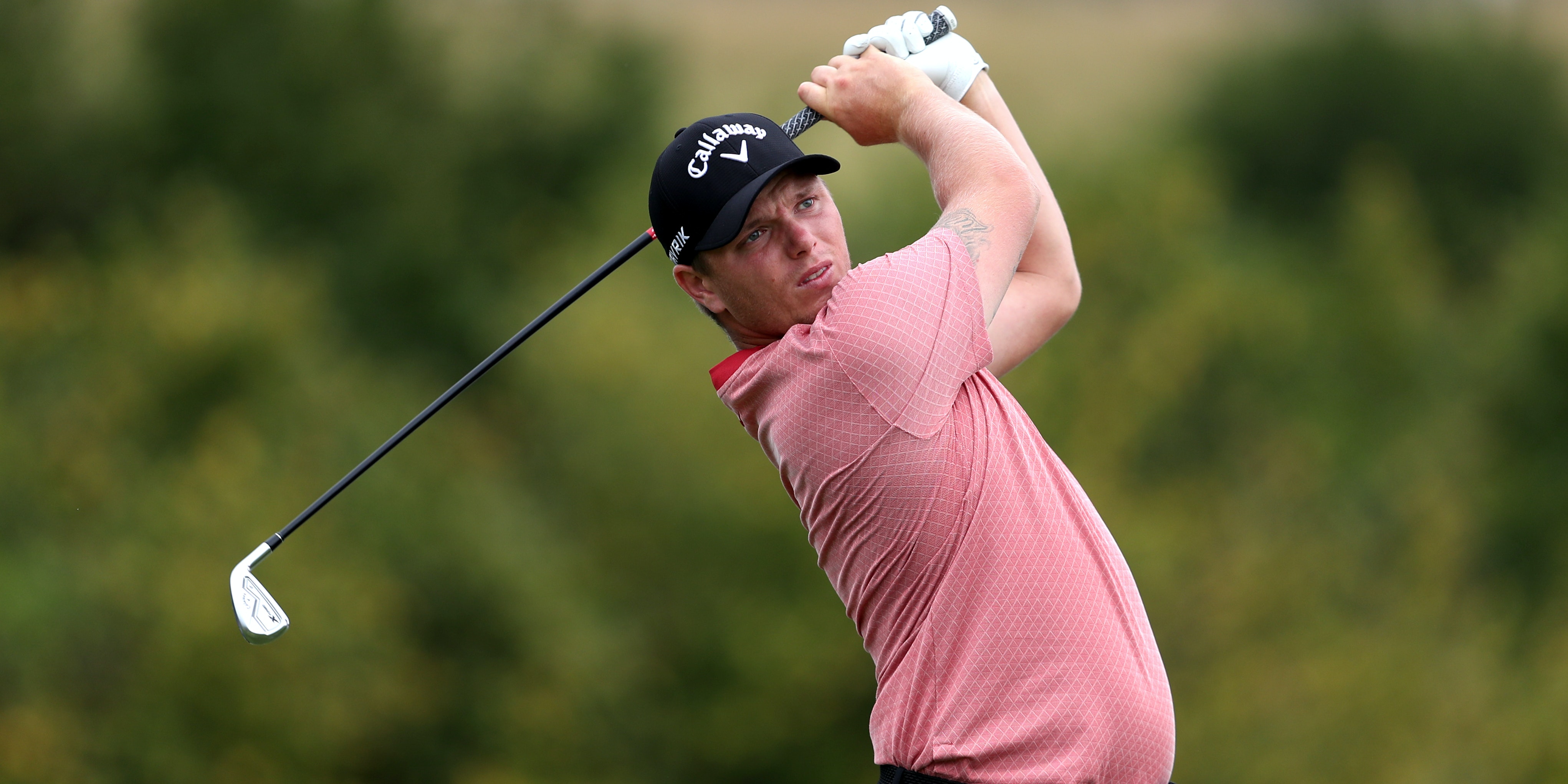 England’s Callum Shinkwin hailed a “one in a million” moment after defeating Finland’s Kalle Samooja in a play-off to win his first European Tour title in the Aphrodite Hills Cyprus Open.

Shinkwin birdied the first extra hole to secure victory after the pair had finished tied on 20 under par.

The 27-year-old, who lost a play-off for the Scottish Open in 2017 after missing from four feet to win on the 72nd hole, had earlier produced a spectacular finish to set the clubhouse target following a closing 63.

Shinkwin was two shots behind with two holes play but birdied the 17th and then holed from 50 feet for an eagle on the 18th to complete a back nine of 29.

“I could see the scoreboard and Kalle was on 19 (under) and I was on 18,” Shinkwin said. “There was no chance really to hole that putt normally, it was one in a million you’re going to hole it from that distance and my aim was to try and two putt.”

Samooja needed to match Shinkwin’s eagle to win in regulation and saw his long-range attempt run five feet past the hole, but held his nerve to hole the birdie putt to force extra holes.

The 32-year-old then left himself with an almost identical birdie putt to extend the play-off, but pushed it agonisingly wide of the hole.

“Winning on the European Tour is something I’ve always wanted to do and now I have,” added Shinkwin, who lost his Tour card at the end of 2018. “It’s been a bit of a shock, but it feels great.

“I lost out (on my card) by something really minor in prize money, it was so small. I had a lot of stuff going on at home that time which distracted me without me realising. I gave myself a kick up the backside and got my card back.

“I’ve had to trust myself more than anything. I had to make a few changes and obviously it’s worked out for the best.

“I changed caddies this year to try to help me on the greens more. My pal Sam (Robertshawe), who was in the England squad with me in 2012, he’s a great green reader with his own method. I’ve trusted him and he’s basically taught me how to read greens better.

“This week I think I called him in him eight times on putts and I’ve holed seven of them, which is obviously really good.”

Overnight leader Jamie Donaldson, who needed on-course treatment for a back problem, carded a closing 67 to finish in a tie for third on 18 under with Scotland’s Robert MacIntyre and South Africa’s Garrick Higgo.

Finland’s Sami Valimaki, who twice held a two-shot lead early in the back nine after playing his first 11 holes in six under, dropped three shots in four holes from the 13th and eventually finished joint sixth with Dale Whitnell and Jason Scrivener.