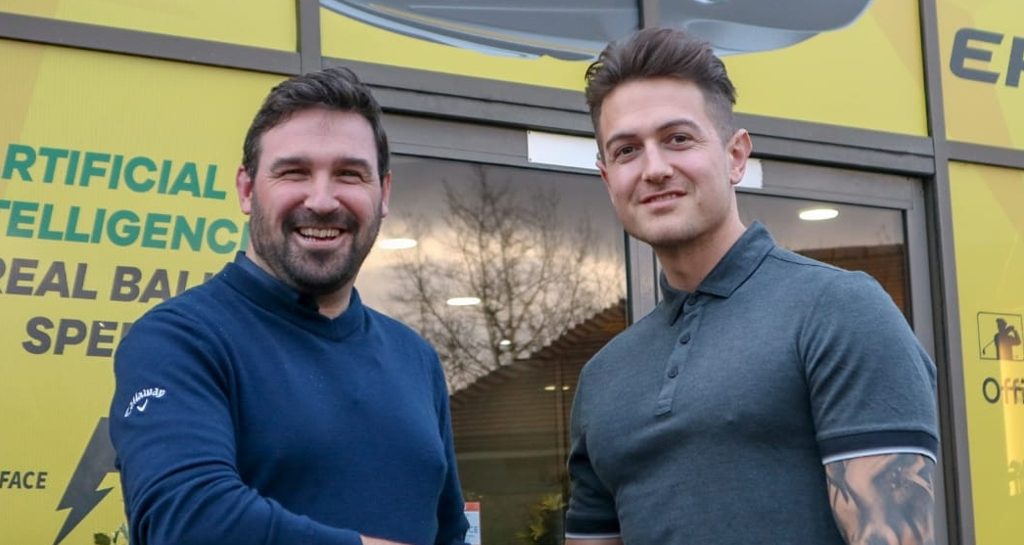 Long-driver and rising social media star James Wiltshire is looking to add further yards to his game after agreeing an ambassadorial role with Callaway, which includes a full club fitting for his new clubs and an apparel contract.

Wiltshire, 28, has more than 28,000 followers on his YouTube channel and is regarded as one of the UK’s up-and-coming golf influencers – and, in his ambassadorial role, he will be creating joint content with Callaway.

But he’s also enjoying increasing success with a club rather than a camera, as his long-drive performances start to rack up. He is currently now preparing for a crack at the British title – the first event in the new European Long Drive Games – at Whittington Heath GC, Lichfield, on March 30. After that he’ll be heading to foreign shores to compete at Münchener Golfclub, in Munich, on April 27-28.

Devon-based Wiltshire will consequently be playing Callaway clubs, wearing TravisMathew clothing and trusting OGIO luggage and backpacks for his travel needs. He will also be using an Odyssey Toulon Collection putter – the fastest-growing, milled-putter brand in the world – which features Stroke Labtechnology to aid the golfer’s stroke.

Callaway’s content manager, Owen Davies, sees Wiltshire as one of golf’s rising social media stars and an up-and-coming long-driver, and feels he is a good fit for the Surrey-based brand.

He explained: “James is a really exciting and entertaining character within the world of golf content.  His authentic and unique style aligns well with the Callaway family of brands and we look forward to working on some great collaborations in 2019.

“James is well positioned to highlight not only the market-leading innovations offered by Callaway and Odyssey, but also the unique products that OGIO and TravisMathew bring to the golf and lifestyle market.”

A pro since the age of 19, Wiltshire earned his PGA accreditation aged just 22, and his popular YouTube channel features a mix of long driving, fitness, conditioning, and light-hearted course and club visits.