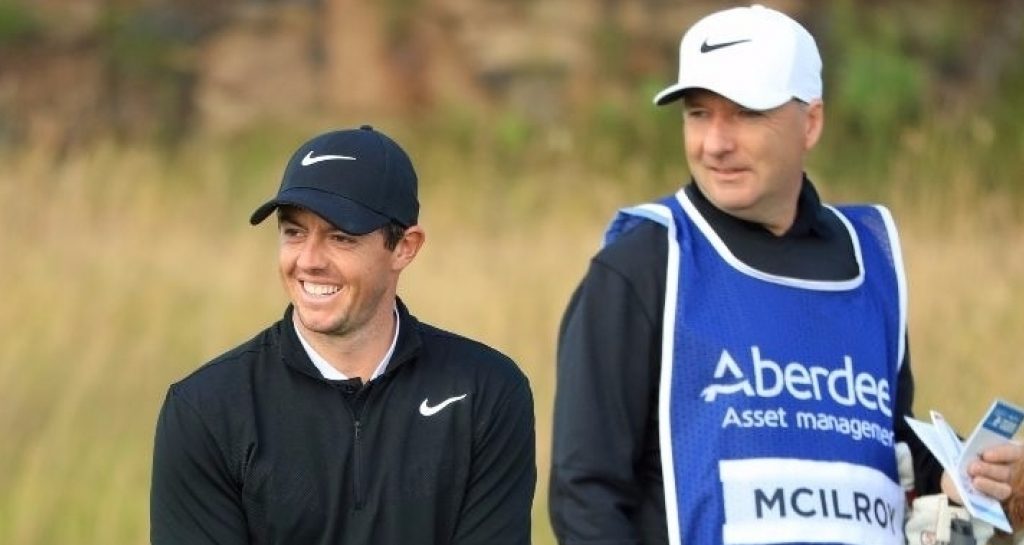 Rory McIlroy is in the market for a new long-term caddie, and one man in particular would absolutely love to get the job.

McIlroy’s friend Harry Diamond has been carrying his clubs ever since the Northern Irishman announced his split from JP Fitzgerald, who was his caddie for nine years.

McIlroy looks likely to take the rest of the year off as he recovers from a niggling rib injury, which will give him plenty of time to interview prospective job applicants.

Hoping to get in ahead of the rest of the pack is Geno Bonnalie, who currently caddies for PGA Tour pro Joel Dahmen.

Bonnalie tweeted his cover letter to McIlroy, and it’s a pretty entertaining read

Bonnalie lists some of his sterling qualifications for the job, which includes his excellent bunker-raking skills, his punctuality and an uncanny ability to know yardage just by looking at the pin.

Here’s the letter in full:

I would like to formally apply for the position of being your full time caddie. I currently work for Tour Pro, Joel Dahmen and have been with him for 3 years. I’ve helped lead Joel to a solo 68th finish at the Reno-Tahoe open, T80 MDF in Puerto Rico, and also helped him make 4 consecutive birdies in the Sanderson Farms Championship. Please don’t think I’m sneaking around behind Joel’s back trying to get another job. I think Joel himself may also be applying for the position.

If you hue me it wouldn’t be awkward at all because we already know each other. We played in front of you on Saturday at the Travelers and during the wait on 4 tee box I asked you if you wanted a water (which you politely declined). So were pretty much hest friends already.

Things that I excel at as a caddie:

-I’m really good with numbers…especially at elevation. What? You want me to take 2% off of 157 yards ..BAM. 154. (do you want decimal points? I know you’re good, but Joel and I usually work in whole yards)

-I’m ALWAYS on time. In fact. I’m always way early. I’m typing this on my way to Wyndham where I am 3 hours early to the airport

-I am an EXCELLENT bunker raker. In fact, I would say I’m one of the best in the world. If they had bunker raking contests on tour, I would lead in every possible statistic

– once upon a time I was one of the best Archers in the world (as a youth), so I have a weird ability to know exactly how far you are from the pin just by looking at it (inside 70 yards). So if I don’t step anything oft and tell you it’s 58 yards its 58 yards

– During practice rounds I like making bets on various shots. Joel and I have a running SS bet on any given shot, and then give odds with the degree of difficulty. I’ve made an extra 5370 this year betting on 3 footers Its a nice little supplemental income

Things I request from you as a player:

-If we both read a putt to go left and it doesn’t go left Please don’t yell at me. It’s not like I was trying to sabotage you

-If we agree on a club, then you chunk the shit out of it avid yell at me for “giving a bad club” I’ll probably eat it and say ‘sorry pro*, but please know that in my head I will be thinking something about how you should hit a better shot.

-if it’s our first time playing a course, and you hit one 175 yards off line and immediately ask me ‘what’s over there odds are I have no idea.

My shortcomings as a caddie:

-if you make me keep our playing partners score, I sometimes lose track of what they made on a hole because I’m so focused on what we’re doing (see what I did there’ Turned a negative in to a positive)

-I’m not sure if I’m any good at tending the pm In the 3 years I’ve been caddying. I’ve never once tended one. Joel just has me pull it… he says if he can’t see the hole, what are the chances of making it anyway. he kind of knows where is at.

Anyway – you probably have a lot of follow up questions you’d like to ask me Go ahead and have your agent get a hold of my agent and I’m sure we can figure something out.