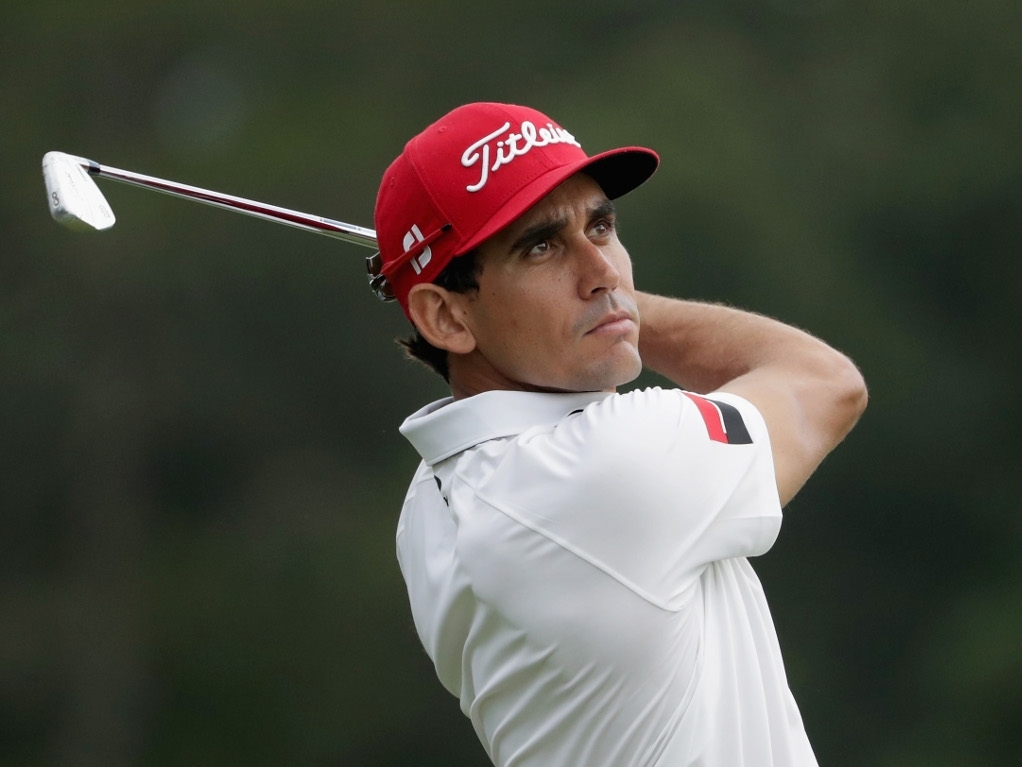 Rafa Cabrera Bello and Kevin Na fired seven-under-par 63s to take a two-shot lead at the Wyndham Championship on Thursday.

Meanwhile, world number eight Rickie Fowler is four strokes adrift of the lead in a tie for 22nd.

Na, who has not won since claiming his first PGA Tour title at the Justin Timberlake Shriners Hospitals for Children Open in October 2011, kicked off his round with a trio of birdies on the front nine. The 32-year-old maintained his momentum heading into the back nine as he made four more birdies, which included a 19-foot putt at the 11th, to put himself in a share of the lead heading into the second round on Friday.

Donald had the shot of the day though as he made a hole-in-one at the 175-yard par-three 16th. His ace means that one of the tournament sponsors will pay a PGA Tour fan's mortgage for a year.

Fowler, meanwhile, only made three birdies during his round of 67, which included a holed 32-foot chip-in shot from the left fairway at the eighth.