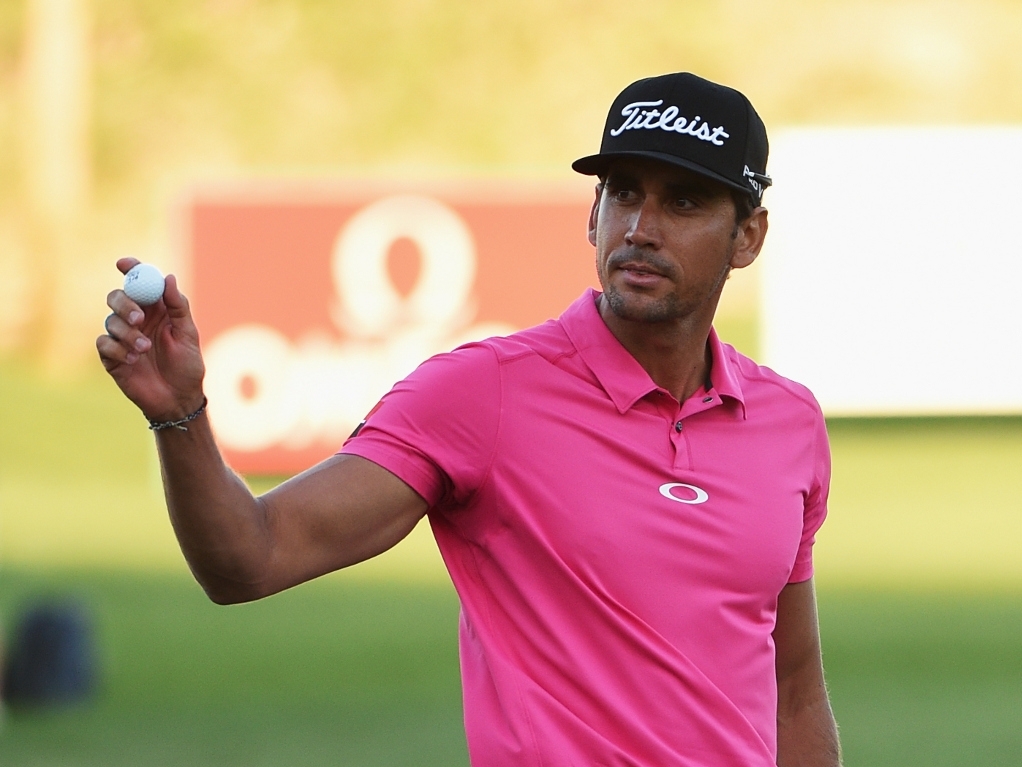 Rafa Cabrera-Bello birdied the final hole to take a one stroke lead after the second round of the Omega Dubai Desert Classic.

The Dubai Golf Club was baked in sunshine as the Spaniard carded a five under 67 on Friday, leaving him on ten under for the tournament.

Cabrera-Bello was two under after the opening three holes before a bogey on the sixth set him back. Three more gains saw him draw level with clubhouse leaders Ernie Els, Trevor Fischer Jr and Danny Willett on nine under.

The 31-year-old was in trouble off the tee on the 18, but laid up with a beautiful recovery shot. After leaving himself a 12 footer for a birdie, he drained the putt to snatch the lead.

Three time winner Els impressed earlier in the day, with a superb second into the 18th that set him eagle chance, which he took.

Two shots back on eight under are England's Chris Wood and Andy Sullivan, who are joined by Joost Luiten and Thorbjorn Olesen.

World number two Rory McIlroy failed to kick on from his opening round of 68 to card an even par 72, leaving him five shots off the pace.