Cabrera Bello cashes in with chips at St. Jude 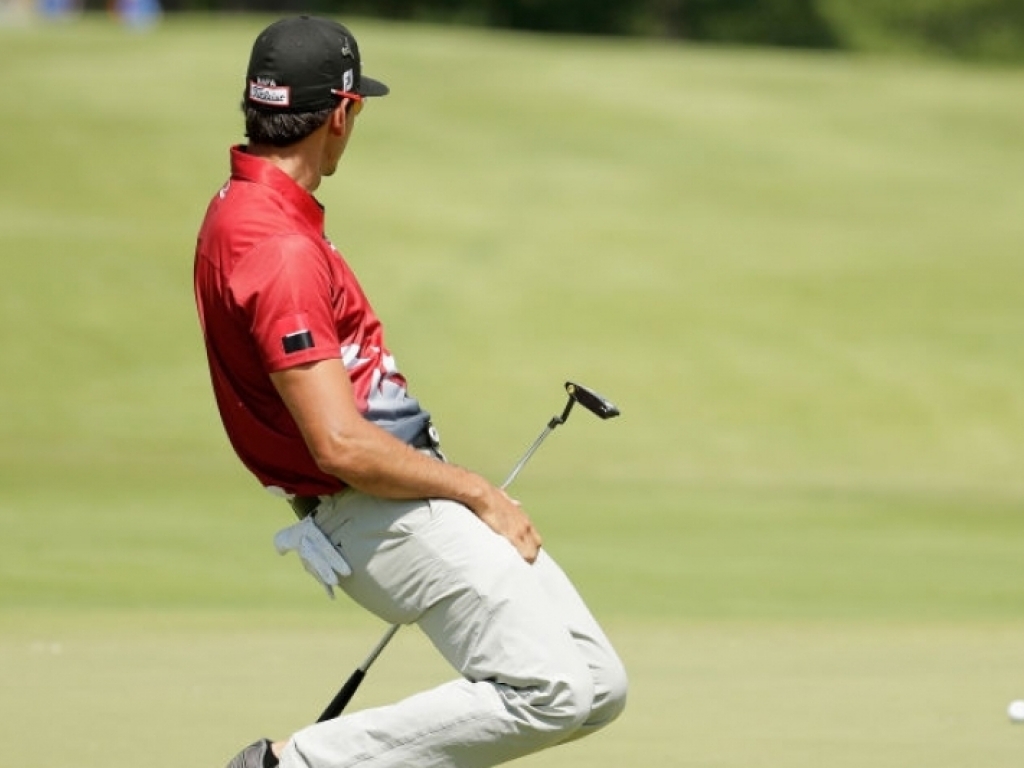 Spain’s Rafa Cabrera Bello fired a five-under par 65 on Saturday to complete a three-way tie at the top of the leaderboard at the St. Jude Classic.

Cabrera Bello, 33, who is looking for a first win on the PGA Tour, joined Ben Crane and Stewart Cink at nine-under par after three rounds.

He chipped in on successive holes at the third and fourth on his way to his 65 while Crane shot a 68 and Cink had a 69.

Cink, who qualified for the US Open on Monday in Ohio, is in contention for a first victory since the 2009 British Open.

He hit four birdies going out to open up a three shot lead at 11-under par, but dropped back with three bogeys on the back nine.

Luke List and Chad Campbell lie one shot back of the leaders after they both shot 66, List making two eagles on the back nine to race up the leaderboard.

Campbell, 43, who hasn’t won since 2007’s Viking Classic, enjoyed a solid round with five birdies and just one bogey on the 17th.

Overnight leaders Chez Reavie, Charl Schwartzel and Sebastian Munoz all struggled. Reavie shot a 72 and remains tied at seven under along with Matt Jones and Kevin Chappell, while Schwartzel shot a 74 and Munoz a 75 to drop down the rankings.