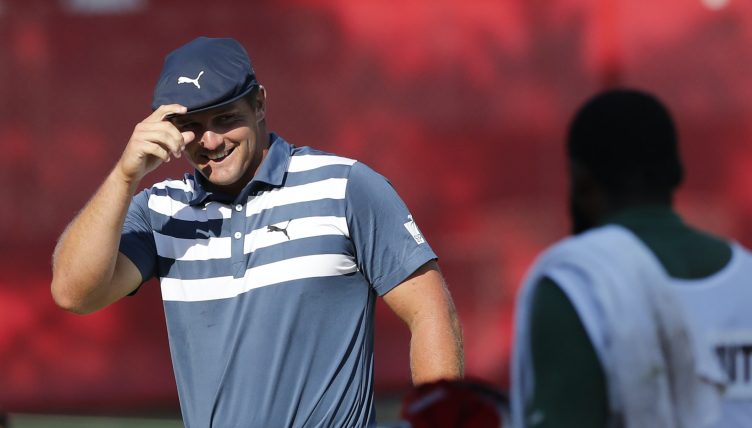 Bryson DeChambeau held his nerve to clinch a three-shot victory at the Rocket Mortgage Classic after a final round of 65.

The American produced an explosive front nine before he stayed calm despite some tricky positions to finish strongly and take the plaudits on 23 under par for his sixth PGA Tour success.

Countryman Matthew Wolff held a healthy three-shot advantage after the third round, but a poor start proved difficult to halt in Michigan.

It did not take long for Wolff’s overnight lead to disappear after he made a bogey at the first, while DeChambeau started with two birdies in his first three holes.

After an excellent front nine, 26-year-old DeChambeau – who estimates he put on around 20 pounds during the coronavirus shutdown in a bid to improve his power – moved two clear of the chasing pack to signal his intent.

His four birdies and five pars were in contrast to Wolff, who had a catalogue of bogeys during his opening holes.

Eventually the third-round leader settled and started to show the form that took him to the top of the leaderboard, but his late charge to finish on one under was not enough.

DeChambeau birdied his final hole to finish with a superb seven under round and take the title.

Danny Willett posted a final round of 66 to finish on 16 under, which was enough to earn him a share of fourth position alongside fellow Englishman Tyrrell Hatton.

The 32-year-old was only just inside the top 30 after round three, but a birdie on the last saw the former Masters champion conclude a good week of golf on a high.

Amateur Maverick McNealy also enjoyed an impressive six under par final round to secure a top-10 finish on 15 under.