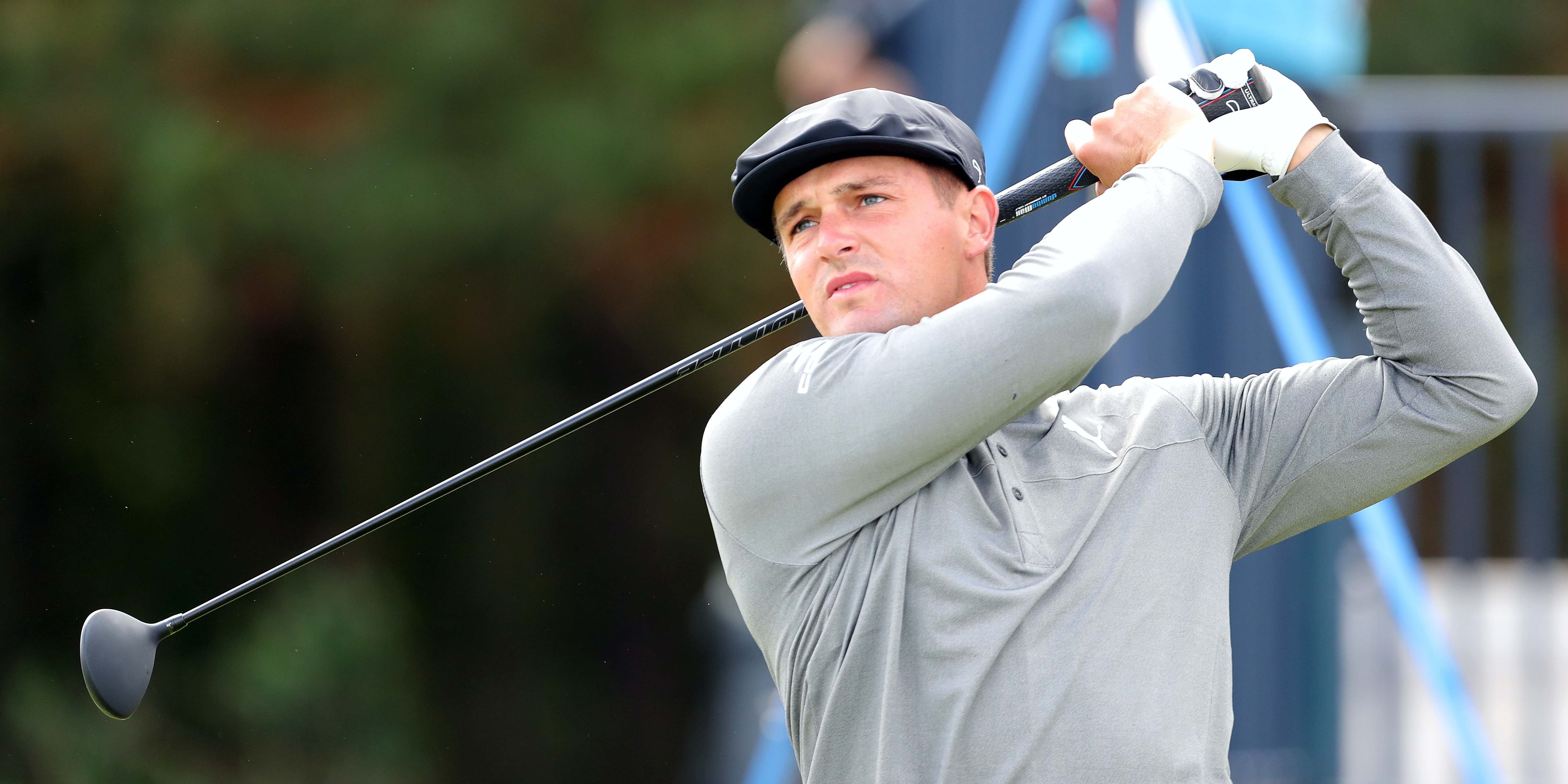 US Open champion Bryson DeChambeau has taken Matt Fitzpatrick’s criticism of his approach to the game as a “compliment”.

Fitzpatrick noted with dismay DeChambeau’s opening round of 62 in the Shriners Hospitals for Children Open in Las Vegas and spoke out about the American’s “bomb and gouge” approach to the game after claiming a share of the halfway lead in the BMW PGA Championship.

“I’m going to be biased because I’m not quite the longest, but at Winged Foot – fair play to him, he won and shot six under – the fairways were tight as hell and I drove it brilliantly, I actually played pretty well, and I’m miles behind,” Fitzpatrick said.

“He’s in the rough and miles up and he’s just hitting wedges everywhere. It just makes a bit of a mockery of it I think.”

Fitzpatrick also feels DeChambeau’s approach is “taking the skill” out of the game, but the world number six was far from offended.

“I appreciate that comment. It’s a compliment to me honestly,” DeChambeau told reporters after his second round in Las Vegas.

“A year ago I wasn’t hitting it anywhere near as far as I am today. It took a lot of work, a lot of hours to work through the night to figure out a lot of this stuff.

“I would say it actually takes more skill to do what I’m doing, and albeit my fairway percentages are a little bit down, I still believe I’m hitting it straighter than what I was last year with the distances that I was hitting back then.

“So I actually appreciate those comments. I think he’s looking out for a certain set of players, and I appreciate that. My whole goal is to play the best golf I possibly can, and this game has given me the opportunity to showcase something pretty special.

“I feel like I’ve started to go down a path that’s allowed me to have an advantage over everyone, and I think that is a skill-set when you look at it. For me out there today, I was still able to hit a lot of fairways at 360 yards. That’s tough to do with drivers.

“If anything, it’s more difficult to hit more fairways the way I’m doing it with the rules the way it is today. It’s more built for players like Matthew Fitzpatrick and his distances and players like that.

“You see Rory (McIlroy) and DJ (Dustin Johnson) doing the same thing, too. They’re seeing that distinct advantage, and I feel like it’s great for the game of golf.”