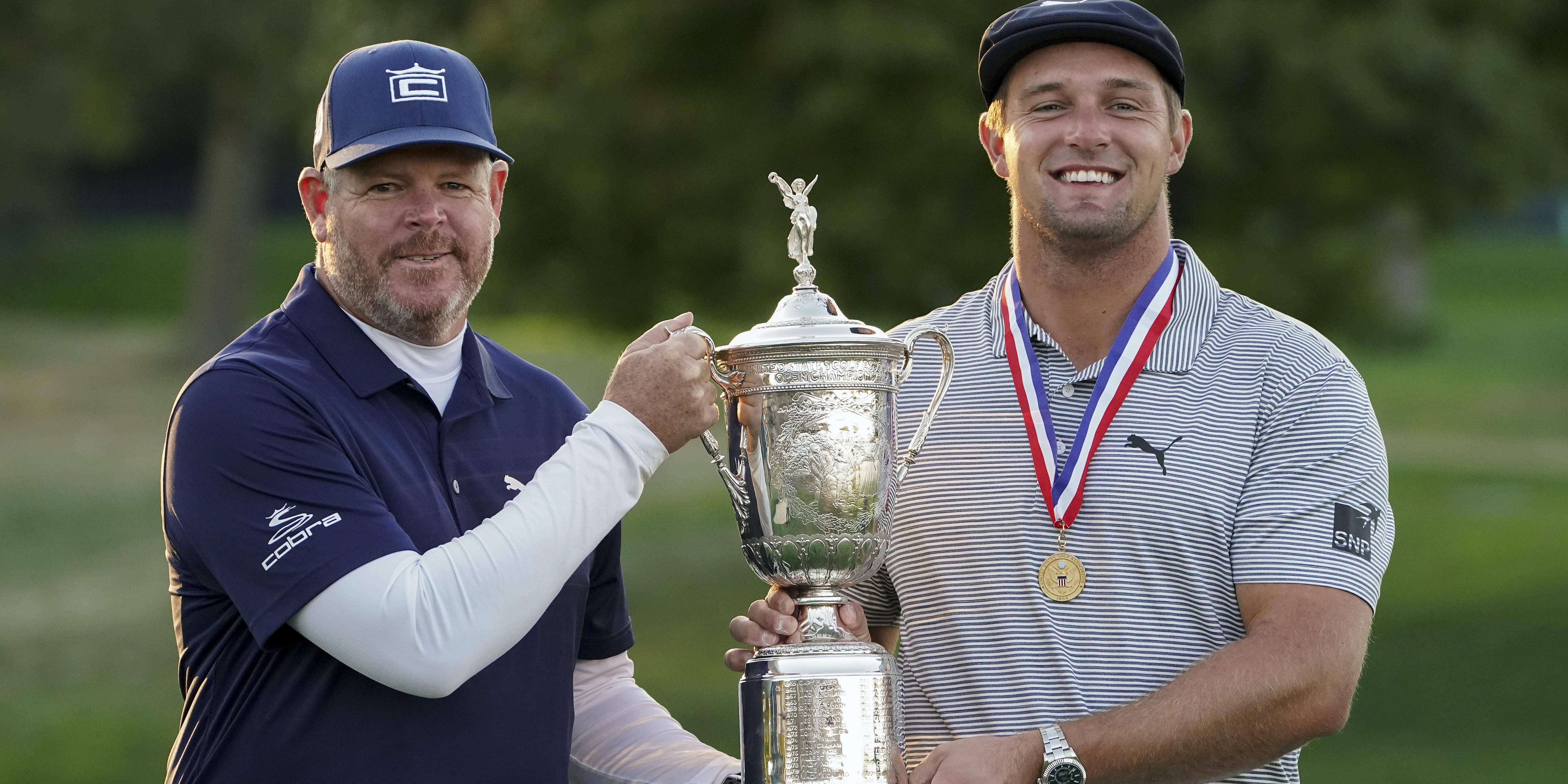 Bryson DeChambeau put his commanding US Open victory down to “blood, sweat and tears” after he powered his way to a first major title.

DeChambeau carded a closing 67 to finish six under par at Winged Foot, a record winning score by two shots at a revered venue where only two players had finished in red figures in five previous US Opens.

The 27-year-old was the only player to break par on a demanding final day and the only one not to shoot over par in any round.

He finished six shots clear of compatriot Matthew Wolff, who began the day with a two-stroke advantage but faded to a closing 75.

Asked how it felt to be called the US Open champion, DeChambeau said: “It sounds amazing, but surreal. It’s been a lot of hard work.

“It’s one of those things that doesn’t really hit you – it’s not going to hit me until tonight, but I will say that my parents have given so much up for me. I mean, there were times that I went to school without any lunch money, and we had to make bologna sandwiches and didn’t have anything to eat.

“We had some very, very difficult times, but every single day they always wanted the best for me, and they always gave me the opportunity to go golf, go practice, and go get better.

“This one’s for my parents, it’s for my whole team. All the work, all the blood, sweat, and tears we put into it, it just means the world to me.”

DeChambeau’s physical transformation has been the main talking point since golf’s return to action following the coronavirus shutdown, the American putting on 20lbs of muscle to become one of the game’s biggest hitters.

The experiment appeared to bear fruit, with three straight top 10s followed by a sixth PGA Tour title. But the jury was out over whether it would work on the harder courses used for major championships, where thick rough is meant to penalise wayward drives.

A share of fourth in the US PGA Championship at Harding Park appeared to prove that it could, and DeChambeau removed any lingering doubt with his power-packed performance at Winged Foot.

Asked if the win validated his approach, DeChambeau added: “A hundred per cent, no doubt.

“For me, it’s about the journey of – can I execute every shot more repeatably than everybody else? I was able to do that this week. That’s why I won by six.

“Any major were all ones that I wanted to win, but I knew that my game would fit best for a US Open. The reason for that is I always felt growing up, in college, I was always a super straight driver of the golf ball, super great iron player.

“Putting was always iffy, but I knew I could get around it on fast, quick greens. I’ve become a great putter, and my ball striking has improved consistently, and now I’ve got an advantage with this length, and that’s all she wrote.”