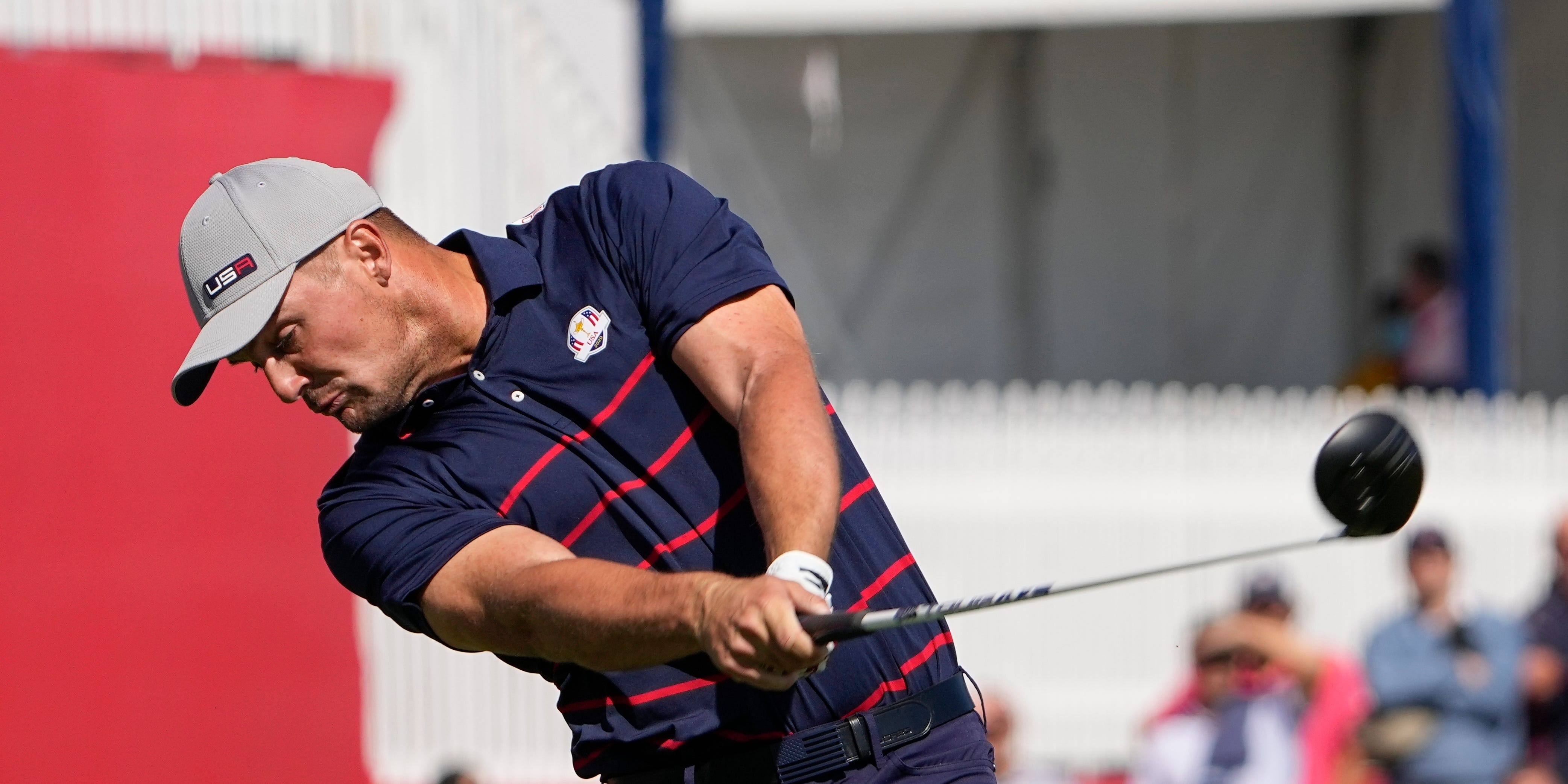 Big-hitting Bryson DeChambeau put his skills to good effect with a monstrous 417-yard drive in the afternoon fourballs at the Ryder Cup.

The American, who has been practising for a long drive competition after the event, has spoken this week about wanting to achieve a 200mph ball speed while out on the course.

He had targeted the dog-leg, 581-yard par-five at Whistling Straits as a hole he could capitalise on and with his playing partners taking the intended route left of the water DeChambeau took dead aim at the flag from the tee box.

The 2020 US Open champion opted for a direct line to the green, driving over the heads of the assembled gallery, and landed his shot just 72 yards from the pin.

From there he flipped a wedge to four feet and made eagle to draw him and partner Scottie Scheffler back to all-square against world number one Jon Rahm and Tyrrell Hatton.