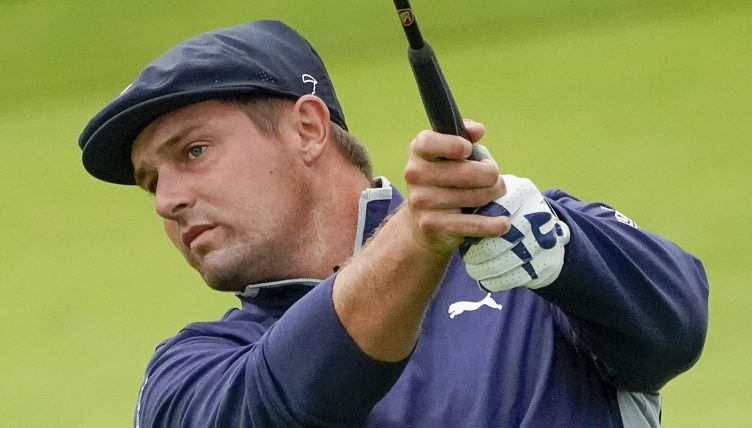 Bryson DeChambeau’s much-hyped physical transformation could pay major dividends after the American powered his way into contention in the 120th US Open.

DeChambeau defied tougher, breezy conditions at Winged Foot to add a second round of 68 to his opening 69 and finish three under par, a target which looked increasingly difficult to beat as the day wore on.

The world number nine completed his round in style as a 380-yard drive on the 557-yard par-five ninth – his final hole – was followed by an approach with a pitching wedge from 178 yards to set up an eagle from six feet.

DeChambeau’s new physique was one of the main talking points when golf returned to action following the coronavirus shutdown, the American putting on 20lbs of muscle to become an incredibly long hitter.

And, after carding one of only two sub-par scores from the morning wave, the 27-year-old wants Winged Foot to provide a daunting challenge over the weekend.

“I want it to play as hard as possible,” DeChambeau said. “I feel like there’s so many holes out here that I can take advantage of that some people can’t.

Spain’s Rafa Cabrera Bello was just a shot behind DeChambeau after three birdies in the last four holes completed a second round of 70.

“It’s a tournament I do like,” the former Ryder Cup player said. “I tend to be a grinder, as well. I never give up. I keep fighting.

Overnight leader Justin Thomas began his second round on five under just as DeChambeau was signing his card, but covered the first 10 holes in five over, as did Rory McIlroy and Tiger Woods to slump to two and eight over respectively.

Belgium’s Thomas Pieters had held the outright lead on six under after two birdies in his first five holes, only to cover the back nine in 41 to return a 74 and finish level par.