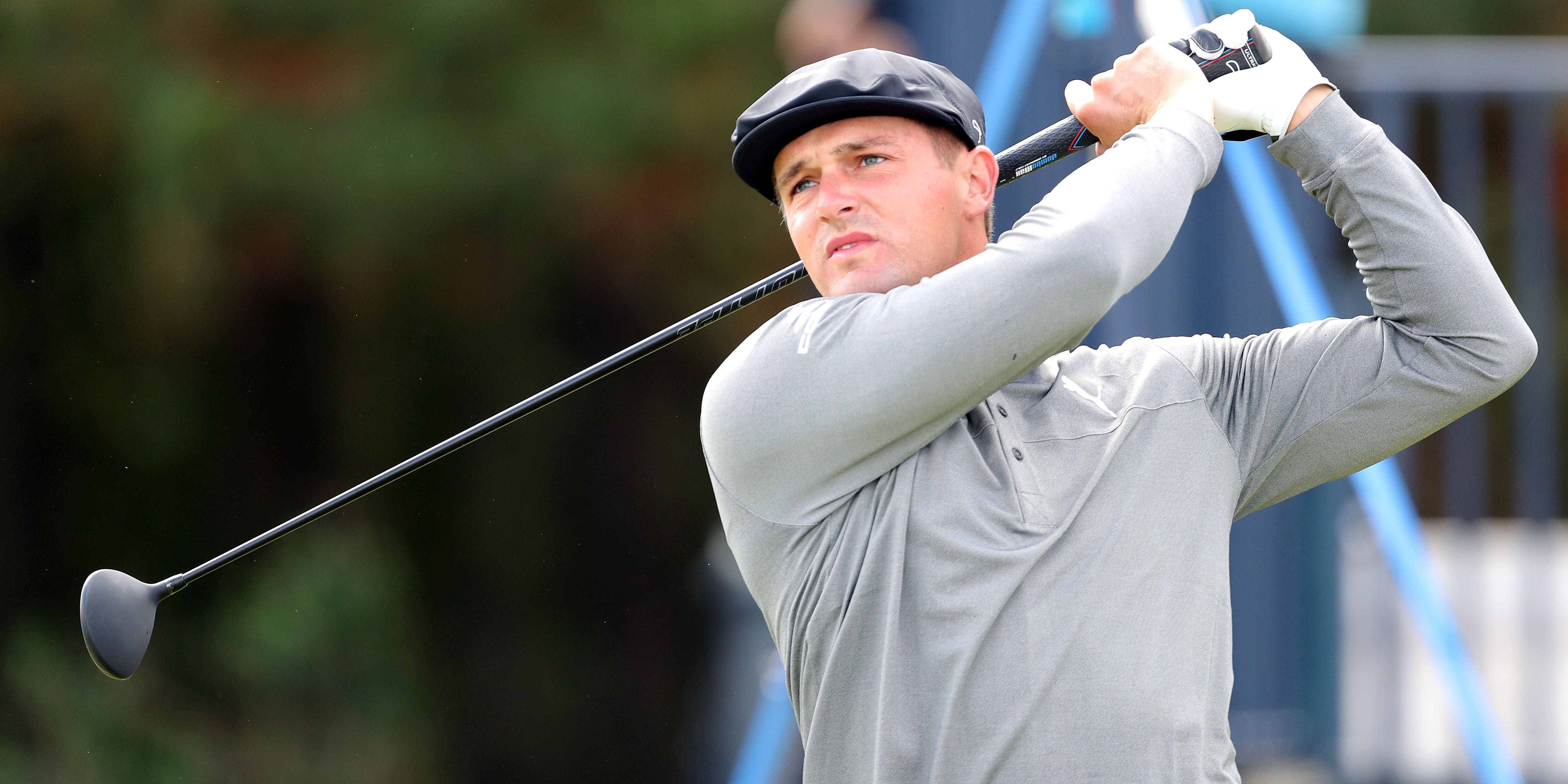 Bryson DeChambeau believes his “crazy overworking” brain was behind his health problems during the Masters.

DeChambeau was expected to challenge for back-to-back major titles in November following his commanding victory in the US Open at Winged Foot, but was never a factor and finished in a tie for 34th.

The world number six complained of feeling unwell and dizzy during Friday’s play at Augusta National and underwent a Covid-19 test, which came back negative.

“I’ve got to fix whatever is going on up here,” DeChambeau said as he gestured to his head after a final round of 73. “I have no idea (what’s wrong). Just dizziness. It’s only when I go from down to up, so I can’t even like think and talk right now.”

Speaking on Friday ahead of his appearance in the Saudi International from February 4-7, DeChambeau said: “I went to multiple doctors trying to figure out what this was.

“I got a couple of MRIs, went to an inner-ear doctor, had eye tests, ear tests, even did ultrasounds on my heart and my neck to see blood flow and everything came back really, really well.

“The one thing I will tell you is that I’ve done a lot of brain training and the frontal lobe of my brain was working really, really hard and that’s what kind of gave me some weird symptoms; like crazy overworking.

“So as I started to relax my brain a little bit and get into a more comfortable situation and got into a really good sleep routine, a lot of the symptoms went away.

“They come back once in a while, but as I do a lot of breathing it goes away and that’s what I’m focused on trying to do.”

DeChambeau’s decision to “bulk up” to gain extra distance continues to make headlines and he reached an incredible ball speed of 211mph on the range during the recent Sentry Tournament of Champions in Hawaii.

But he insists his main motivation is to overhaul Masters champion Dustin Johnson and become world number one.

“Absolutely, that’s always been my goal,” the 27-year-old said. “I’ve always tried to find a distinct advantage in my life to be a better golfer.

“With the one-length irons, hitting it further, all these different thoughts, I’m always trying to be the best version of myself and be the best player in the world.”

DeChambeau refused to be drawn on the PGA of America’s decision to strip Trump Bedminster of the 2022 US PGA Championship after supporters of the US President staged a riot at the US Capitol last week.

“It’s unfortunate. It is what it is and I understand it. At the end of the day whatever their moves are, they are,” said DeChambeau, who helped cut the ribbon at the opening of a new clubhouse at Trump Golf Links at Ferry Point in 2018.

“I’m just going to play on a golf course and try do my best to win a golf tournament, no matter where it is.”