Bryson DeChambeau: ‘I wanted to show people you can achieve amazing things’ 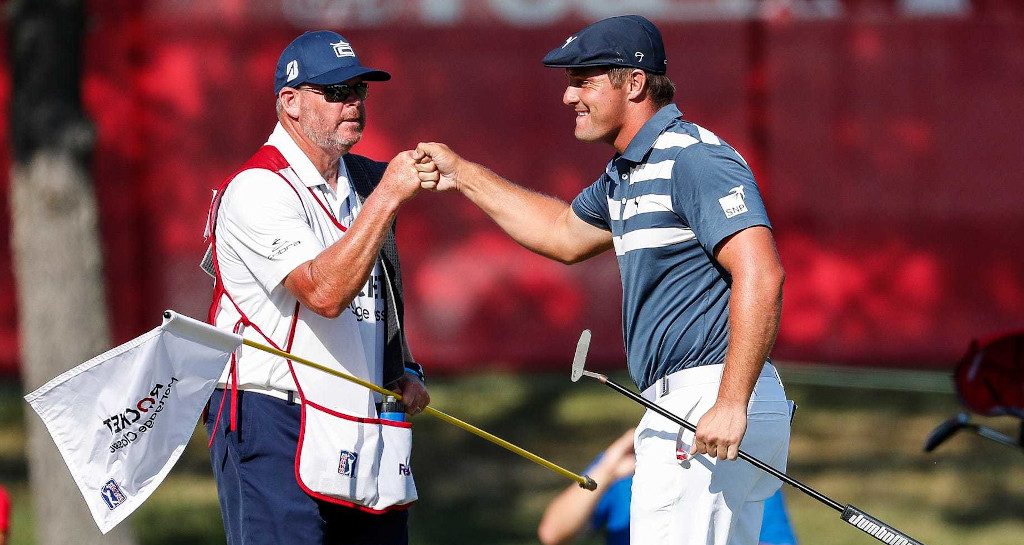 Bryson DeChambeau believes his victory at the Rocket Mortgage Classic has proven he made the right decision in transforming his physique and style of play.

DeChambeau has been the talk of the town since emerging from golf’s coronavirus-enforced hiatus sporting an additional 20 pounds of muscle, quickly becoming the game’s new longest hitter.

While not everyone has been convinced by his new approach, the American answered his critics in fine style at Detroit Golf Club on Sunday by clinching his sixth PGA Tour title.

Speaking after the win, DeChambeau said he didn’t want to make the victory all about him, as everyone can take a lesson from what he’s been able to achieve.

“As much as I want to be selfish, it’s really not – it’s the exact opposite,” he said.

“I wanted people to see a different playstyle of the game. I knew there was an opportunity to do that, and I wanted to show people if you work hard enough, if you do your absolute best and give everything you got, you can achieve amazing things, and that’s what I was able to do. That’s what we were able to do as a team. My caddie Tim Tucker, my manager, everybody in the background who make this all possible.”

For all the talk about his length off the tee, it was DeChambeau’s putter that really came through for him down the stretch on Sunday.

After finding the water on 14, he holed a 30-footer for birdie on the 16th, which started a run of three straight birdies that enabled him to cruise to a three-shot win.

“It was massive,” he said of the putt on 16. “There were so many putts I made today that – if those don’t go in I don’t have that opportunity.

“Got a little unlucky on 14, going into the water there, but I was able to persevere, adapt, overcome and improvise and do my best to make three birdies coming in and win.”

Reflecting on some of the criticism he’d received over his new approach, DeChambeau said he had no issue with the naysayers, although he hoped his victory would help change people’s minds.

“I will say for the people at home, no matter how much you want to say about me – I love everyone, never an issue,” he added.

“I hope everyone just appreciates the hard work I put in.”