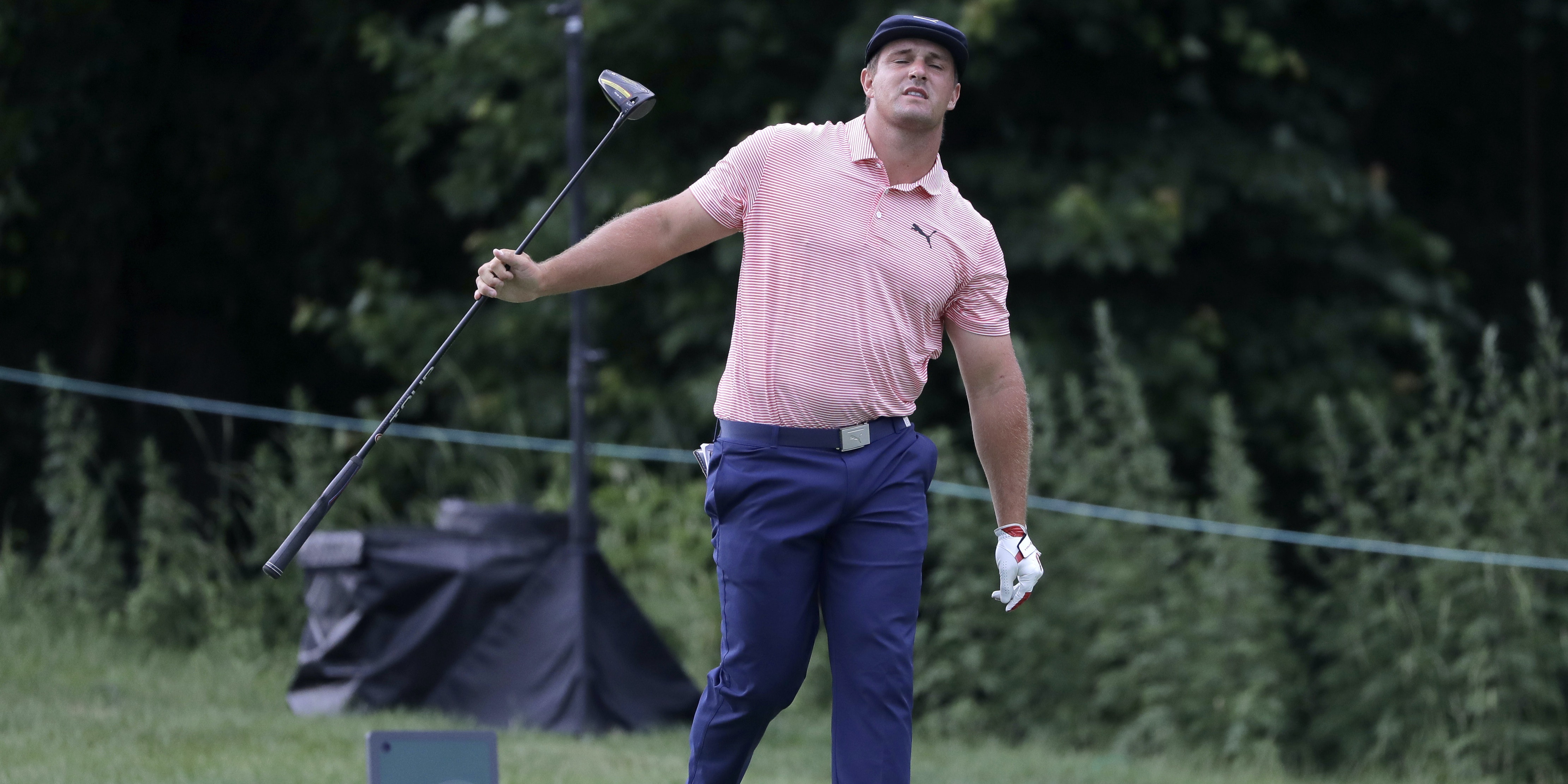 Bryson DeChambeau hopes packing on three stone of muscle can help him power past the field at Detroit Golf Club’s Rocket Mortgage Classic.

The PGA Tour has rolled into Motor City this week, with DeChambeau the newest juggernaut and looking to dominate on the driving front.

The 26-year-old California native revealed he has stuck to a 3,500 calorie a day diet, to leave him tipping the scales past the 17 stone mark.

“In the mornings I usually have four eggs, five pieces of bacon, some toast and two protein shakes,” said DeChambeau.

“Then throughout the course of the day I’ll have a GoMacro bar here and there, I’ll have a peanut butter and jelly sandwich.

“So every six holes, and then after the round I’ll have one. After that I’m snacking when I’m practising after.

“Go back to the hotel, eat a dinner; steak, potatoes, then I’ll have two protein shakes with it there as well.

“So I’m consuming around six to seven of those protein shakes a day now, where it used to be two or three.”

DeChambeau’s fellow pros have been shocked by his transformation now that the tour is back into action after the coronavirus shutdown.

Detroit will play host to the likes of Rickie Fowler, Patrick Reed, Bubba Watson and Jason Day, but DeChambeau’s increased power could see him outdrive the lot.

One man who will not be in Detroit however is world number one Rory McIlroy, who is taking several weeks off in a bid to combat frustrations with his form.