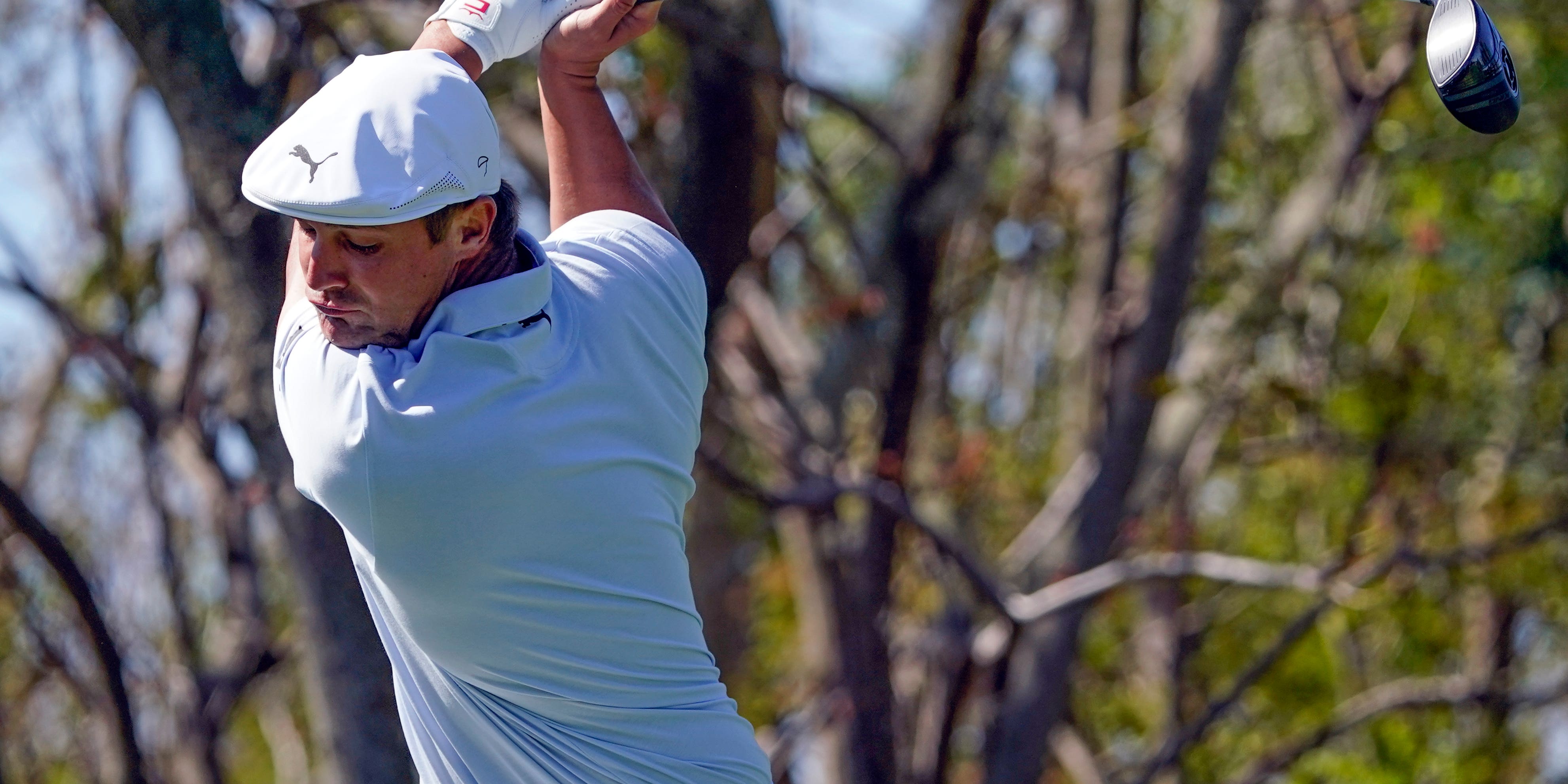 Bryson DeChambeau held his nerve to win his eighth PGA Tour title in the Arnold Palmer Invitational as Lee Westwood had to settle for second place after a tense finish at Bay Hill.

DeChambeau carded a closing 71 in difficult conditions to finish 11 under par and a shot ahead of Westwood, with Canada’s Corey Conners two shots further back.

Three-time major winner Jordan Spieth briefly held a share of the lead on the final day but eventually signed for a 75 to finish in a tie for fourth on six under par alongside fellow Americans Richy Werenski and Andrew Putnam.

Westwood took a one-shot lead into the final round but there was soon a four-way tie at the top after the 47-year-old bogeyed the third following a wild drive and DeChambeau and Spieth picked up shots on the fourth and sixth respectively.

That tie did not last long as DeChambeau and Westwood both birdied the par-five sixth in wildly contrasting fashion.

DeChambeau smashed a 377-yard drive into a fairway bunker and although he then missed the green from 88 yards, he produced a superb chip to four feet and duly converted the opportunity.

Westwood’s tee shot left him with 256 yards to the hole and after missing the green in a similar place to DeChambeau, the former world number one also got up and down for birdie.

A bogey from Westwood on the next gave DeChambeau the outright lead and he was fortunate to retain it on the 11th, where his tee shot stopped just short of the water. After finding a bunker with his approach, DeChambeau holed from 50 feet for the most unlikely of pars.

It was Westwood’s turn to hole a long putt on the par-five 12th and the birdie from 28 feet took him back into a share of the lead.

Westwood bogeyed the 14th by three-putting from the front edge of the green, but crucially holed from 20 feet for par on the next after finding a bunker with his approach.

It looked to be advantage Westwood when he found the fairway on the par-five 16th and DeChambeau had to lay up from a fairway bunker, but Westwood missed the green with his approach from just 158 yards and was unable to get up and down.

DeChambeau gave Westwood – who carded a closing 73 – hope when he charged his birdie attempt on the 18th almost six feet past the hole, but the American held his nerve to save par and secure the win.

“It’s been quite a battle,” DeChambeau said in a television interview on the 18th green. “I don’t even know what to say, to win at Mr Palmer’s event, it’s going to make me cry.

“It means the world to me. I got a text from Tiger (Woods) this morning and he obviously had done really well here and we talked about just keep fighting no matter what happens and play boldly like Mr Palmer said.

Rory McIlroy struggled to a closing 76 and admitted he was somewhat “dejected” after failing to get into contention for a first win since November 2019.

McIlroy began the day four shots off the lead and was still in that position when he reached the par-five sixth, only to hit two drives into the water which runs the length of the hole.

After finding the fairway with his fifth shot, McIlroy hit a stunning approach from 244 yards to within four feet of the hole to salvage a double-bogey seven, but also dropped a shot on the next after failing to get up and down from a greenside bunker.

“There was some good parts this week again,” McIlroy said. “Some stuff that I’m sort of, I don’t know what the word is or how to describe it, but just a little dejected.