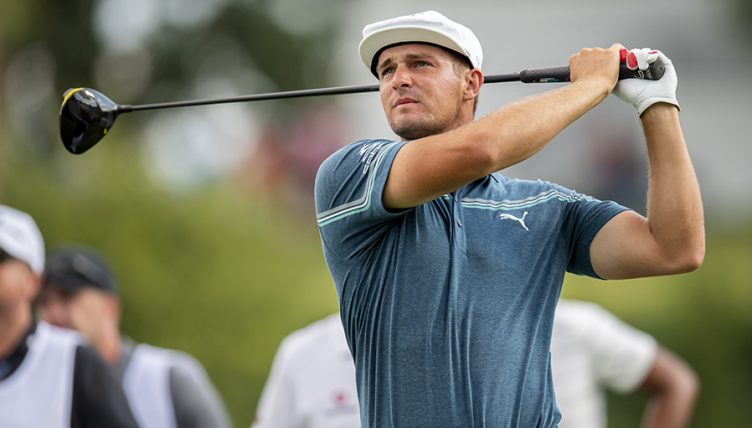 Bryson DeChambeau has fired another shot in golf’s growing row over playing speeds, sending a clear message of “screw you” to his critics.

DeChambeau has been at the very centre of the storm, as him taking over two minutes to judge an 8-yard put at Northern Trust was widely circulated on social media.

Some of golf’s biggest names including Phil Mickelson and Luke Donald have got involved – often heatedly – in the conversation, although DeChambaeu has largely cut a more diplomatic figure. Until now, that is.

In a video posted on the Snapchat account of his friend Domiic Lobocki, DeChambaeu said: “Bryson here on Dom’s Snapchat.

“Ya’ll wanna say whatever you want, that’s ok. But you know what? I’m out here doing the right thing having a great time with the Pro-Am guys killing it, and honestly, we’re on these guys’ asses all the time.

“Last week I played under (the) time par, this week I’ll do the same thing.

“Never on the clock last week, ya’ll can say whatever you want but we’re having a f****** awesome time.

“So screw all ya’ll haters, it’s no big deal. I still love you all even though you hate me.”