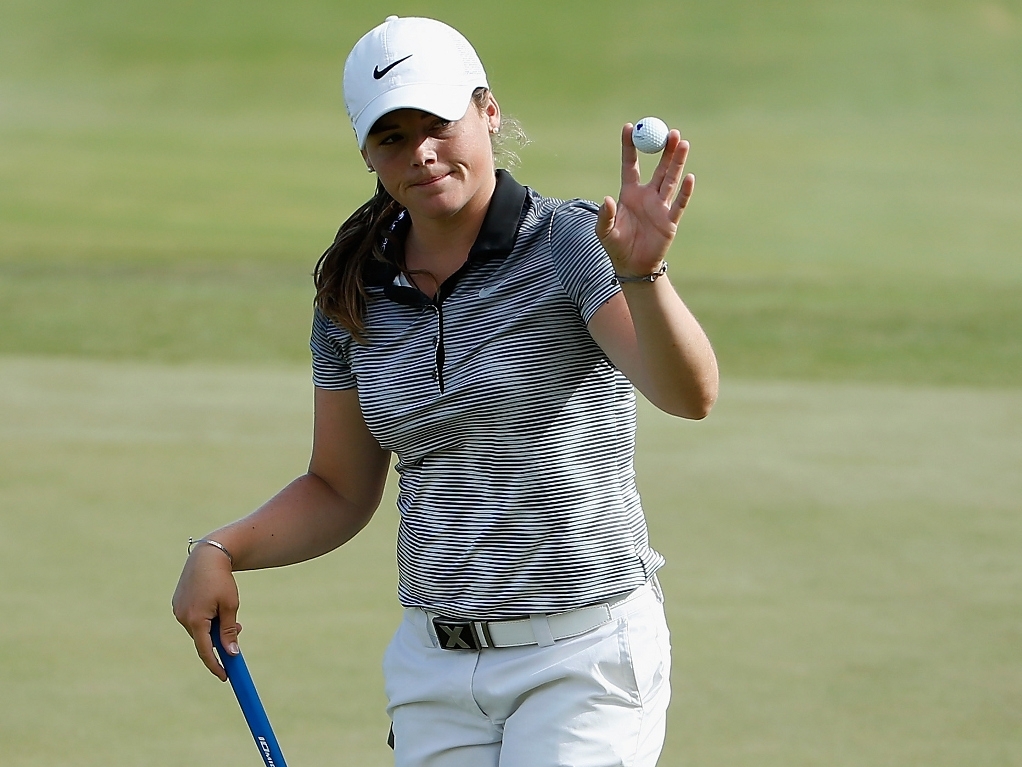 Katie Burnett is two strokes off the lead at the LPGA's Lotte Championship and is enjoying the trying conditions.

The American carded a sizzling six under 66 in the second round at the Ko Olina Golf Club, leaving her alone in second place, two strokes behind leader Minjee Lee.

"I'm from the coast, so I actually prefer to play when it's a little windy. I think actually probably if you look at my finishes, probably have played better in those tournaments that have been windy because it makes you be really committed.

"You have to make a decision and go with it and be committed, otherwise the wind is going to wreak havoc on the ball."

Burnett missed out on the first major of the year at the ANA Inspiration as she failed to qualify. However, she has turned that failure into motivation.

"It was motivating not to get into ANA," added Burnett.

"Disappointing, but also motivating to go home and be at home watching a tournament when I thought I should have been there.

"I worked really hard on that knock-down. Basically just tried to come out here and be committed."