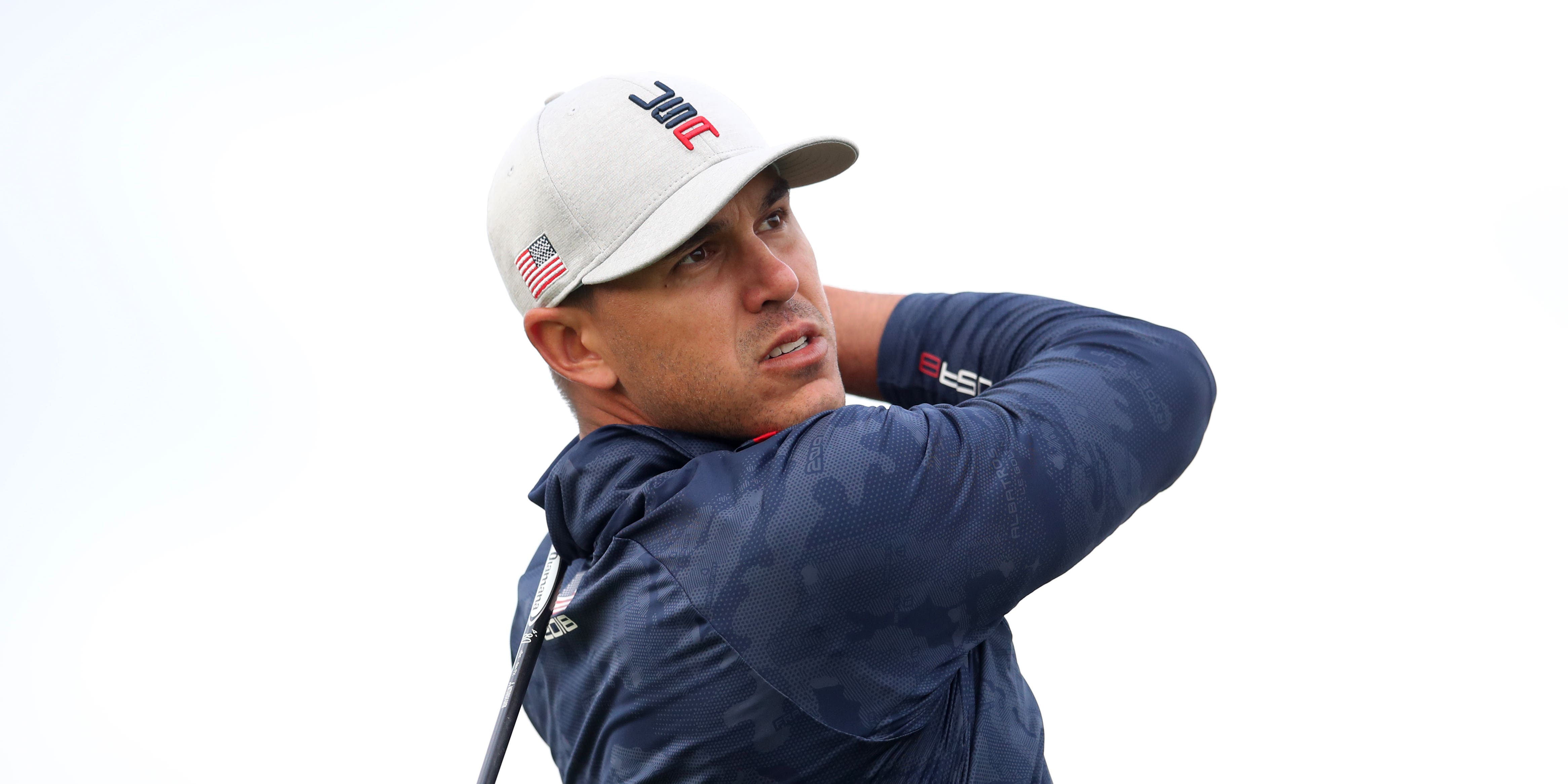 A spiky Brooks Koepka did little to enhance the image that all is harmonious in the United States team after sidestepping questions about his relationship with long-time rival Bryson DeChambeau and then taking a swipe at the media.

The feud between two of America’s top players has been played out in public for months but captain Steve Stricker has been at pains to say everything was fine behind the scenes at Whistling Straits.

Koepka and DeChambeau shared brief words on the range earlier this week in what looked like a managed PR stunt but when asked about how he was getting on with his nemesis the four-time major winner refused to reference him by name or even as an individual.

“We are on the same team together. We’ve had dinner almost every night as a team,” was the short response from Koepka.

“Everyone who is on our team is interacting and everybody is participating in conversations and doing everything we need to do.”

Koepka was not as reticent in letting the assembled journalists know what he thought of their reporting of an interview he did with Golf Digest less than a fortnight ago.

In the piece he said team sports were “not in his DNA” and the format interfered with his normal routine, which would sometimes involve a 90-minute nap after his round.

It led to former captain Paul Azinger calling for Koepka to relinquish his spot if he did not love the event.

The world number 10 did not hold back when asked about his comments.

“I never said it was negative. You (the media) all spun it that way. I said it was different. That doesn’t mean it’s bad,” he said.

“I wouldn’t be nervous on that first tee if I didn’t care. I can only do my job and then you all report whatever your opinion or side might be.

“You guys have already spun it negatively so it is going to trickle to the fans. Whatever they think is kind of off what they read, so it’s all kind of your guys’ opinion.”

The 31-year-old had a scare earlier this month after withdrawing from the Tour Championship with a wrist injury.

As a result Koepka is staying away from the team room’s table tennis table this week but asked whether he was 100 per cent fit he references previous fitness issues, having injured one knee in 2019 and dislocated his right kneecap in March this year.

“I feel as good as I’ve felt in a long time and I’m ready to go as much or as little as they want.”

Koepka also hopes to make Stricker cry this week – for all the right reasons – with the tournament being held in the captain’s home state of Wisconsin and the 54-year-old well known for shedding a tear or two.

“Yeah, it would be nice to see him cry. It would be awesome just because I know how much time he’s put in,” he said.

“As a captain you’ve got to put in so much time. Growing up in Wisconsin there’s a lot of things that just coming together where it would be the perfect storm if we were to win.

“Everybody knows that and everybody wants to play well.”