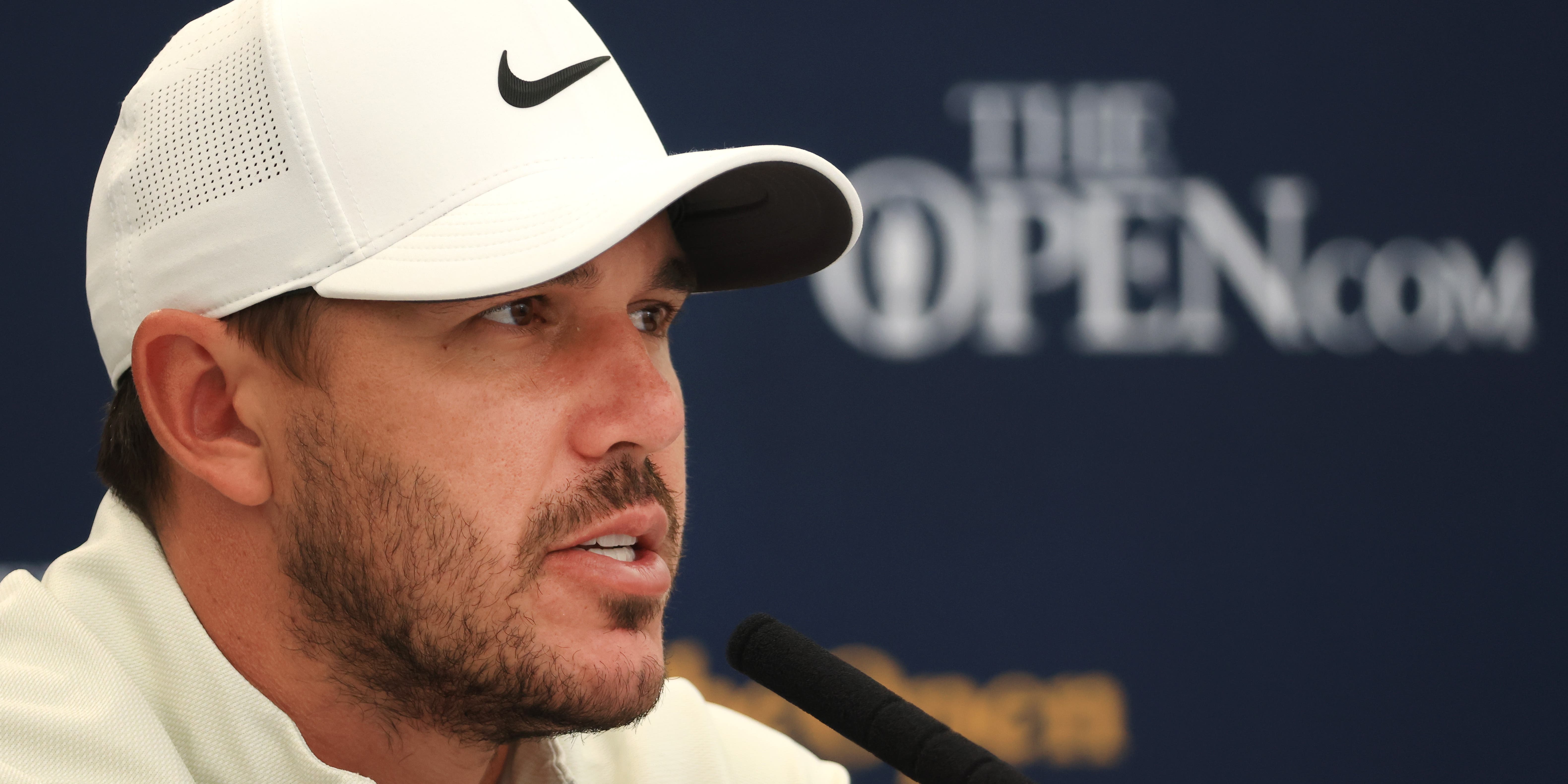 Covid-19 protocols may mean Open press conferences are limited to 15 minutes, but no one could complain of feeling short changed by Brooks Koepka.

Koepka held court at Royal St George’s on Tuesday and revealed more on the origin of his feud with Bryson DeChambeau, how he celebrated his previous major wins “a little too much” and how mistakes in this year’s “drive me nuts”.

The world number eight also confessed that he is not a fan of this week’s venue and even fell asleep here in 2003, missing the dramatic closing stages as 500-1 outsider Ben Curtis defied the odds to lift the Claret Jug.

Koepka’s feud with DeChambeau dates back to 2019 and the former criticising the latter’s slow play as “embarrassing”, to which DeChambeau took exception.

That led to an incident later that year at The Northern Trust tournament when DeChambeau confronted Koepka’s caddie Ricky Elliott.

“He walked up to Ricky and said ‘You tell your man if he’s got something to say, say it to myself’,” Koepka explained on Tuesday. “I thought that was ironic because he went straight to Ricky.

“Ricky told me when I came out, I hit a few putts and then just walked right over to him. We had a conversation.

“We both agreed we’d leave each other out of it and wouldn’t mention each other, just kind of let it die off. So then he was playing video games online or whatever and brought my name up and said a few things (about Koepka’s physique), so now it’s fair game.”

The two players are set to be Ryder Cup team-mates for the second time in September, but Koepka insists that will not be an issue as the United States look to regain the trophy from Padraig Harrington’s European side.

“I don’t view it as an issue. I don’t think he does. Like I said, I can put anything aside for a team, business, whatever, just to get the job done.”

The job at hand this week is attempting to win the third leg of a career grand slam in Sandwich, a task which may prove easier having failed to convert good chances to win both the US PGA and US Open.

“I probably haven’t played my best over here,” said Koepka, who was nevertheless sixth in 2017 and fourth in 2019.

“I think over the last couple years, I don’t want to say it’s been a distraction, but I’ve won the PGA or the US Open before, and I’ve enjoyed those weeks after a little too much.”

Koepka is far from the only player who is not a big fan of some of the undulating fairways and blind tee shots at Royal St George’s, much preferring 2019 venue Royal Portrush and St Andrews, which will host the 150th Open in 2022.

But he should at least manage to stay awake for the closing stages this time around, unlike when he was a 13-year-old spectator in 2003.

“Tiger (Woods) was playing on 13 and my brother had said something and Tiger said something back to him and we thought it was the coolest thing at the time,” Koepka recalled.

“I remember Thomas (Bjorn) took a few out of the bunker (on 16) and I think Ben (Curtis) was maybe a group or two behind him, but I ended up falling asleep right in the little pavilion to the right of 18 and didn’t even see the finish.

“I remember getting yelled at by my mom, ‘I didn’t bring you over here to fall asleep’ kind of deal. But it was fun. It was a cool trip.”