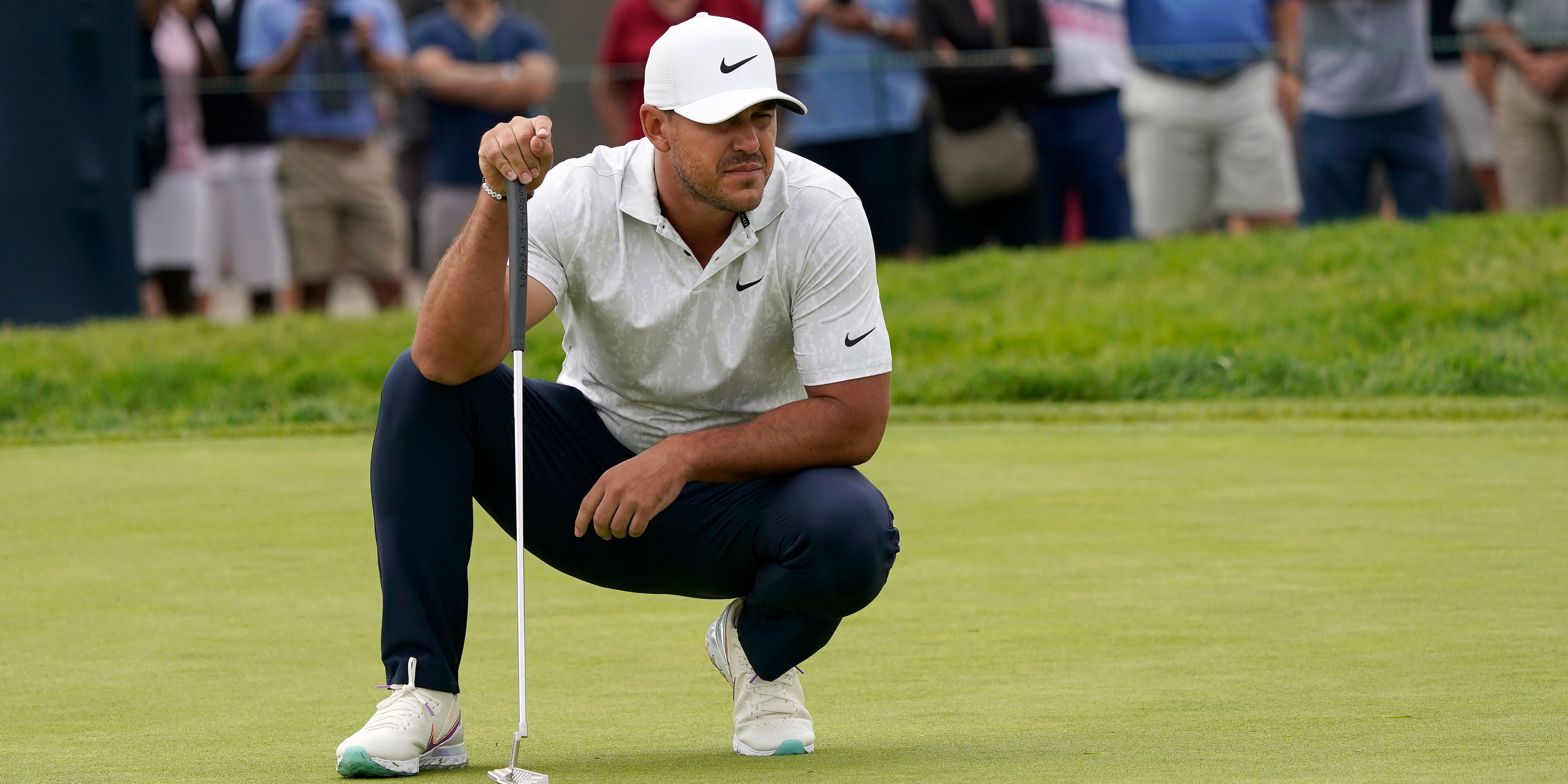 Brooks Koepka made an impressive start to his bid for a third US Open victory in five years as Phil Mickelson’s hopes of completing the career grand slam suffered a massive blow.

Koepka, who won the title in 2017 and 2018 and was second in 2019, carded an opening two-under-par 69 at Torrey Pines to lie two shots behind clubhouse leader Russell Henley.

Former Open champion Louis Oosthuizen was also four under and facing a birdie putt on his penultimate hole when play was suspended due to darkness.

Italy’s Francesco Molinari and Spain’s Rafa Cabrera Bello were a shot off the lead, but Mickelson struggled to a 75 a month after becoming the oldest champion in major history with his shock victory in the US PGA.

Starting on the back nine, Koepka birdied the 12th, 17th and 18th to reach the turn in 33 before another birdie on the second took him into the outright lead on four under.

A wild tee shot to the third cost the 31-year-old his first bogey of the day and another shot went on the seventh after a pulled drive which finished at the base of a picnic bench where spectators were eating lunch.

“You can’t win it today but you can definitely lose it,” Koepka said. “It was nice to get off to a good start, putted well, drove it well on the back nine, my front.
Pretty pleased. Not the best, but I’ll definitely take it.”

Having missed last year’s US Open through injury, Koepka has amazingly finished behind just one player – 2019 winner Gary Woodland – in the event since 2017.

“I’ve just got a good game plan, focused, I know what I’m doing, and I don’t try to do anything I can’t,” he added. “It’s just all about discipline in a US Open. That’s I guess the gist of it.”

Also starting on the back nine after a 90-minute delay due to fog, Mickelson dropped a shot on the 10th when he failed to get up and down from a greenside bunker, his par attempt catching the edge of the hole and spinning out.

The six-time major winner was even more unfortunate on the 13th when, after taking a penalty drop from a bush, his fourth shot to the 613-yard par five bounced once before hitting the pin and rebounding off the green.

Mickelson did well to limit the damage to a single shot by chipping to six feet and holing the putt, but another shot went on the 15th after an errant drive.

A birdie on the 17th stopped the rot and Mickelson also found the green on the par-five 18th in two, but could only three-putt from 60 feet for par.

“It’s part of professional golf. You have to learn to deal with it,” Mickelson said. “I don’t understand why you just can’t turn that little button on the side into silent.

“I probably didn’t deal with it internally as well as I could have or as well as I need to. It’s part of playing the game out here at this level. Certainly I didn’t do the best job of dealing with it.”

Pre-tournament favourite Jon Rahm is two shots off the lead following a 69, with Rory McIlroy, Richard Bland, Matt Fitzpatrick and Tyrrell Hatton all shooting 70 and Marcus Armitage making an impressive tournament debut with a level-par 71.

Open champion Shane Lowry and Tommy Fleetwood finished one over par but Justin Rose struggled to a 78.

Rose did at least ensure that his group – containing McIlroy and world number one Dustin Johnson – were able to finish by running to the 18th and teeing off before play was suspended, almost hitting Sergio Garcia up ahead in the fairway.