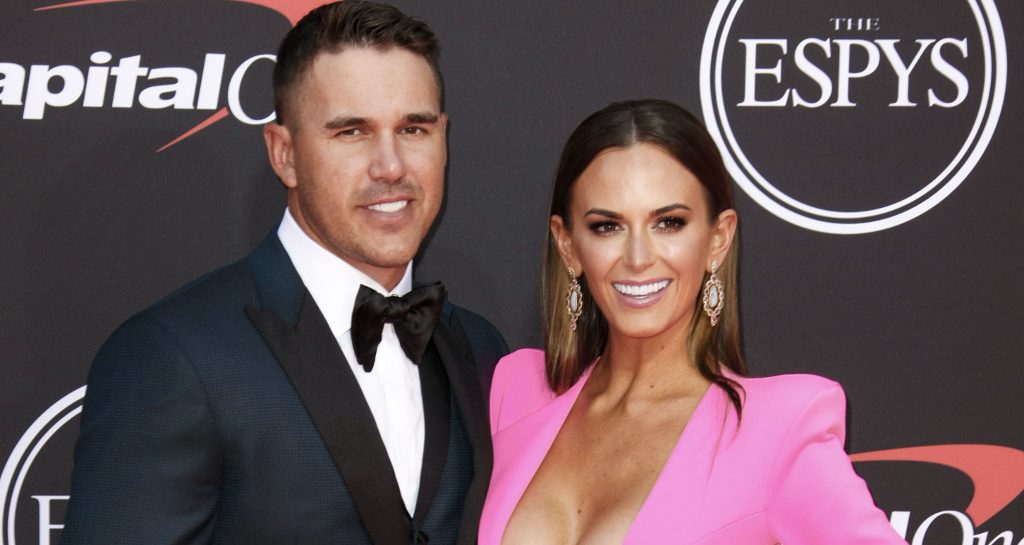 Brooks Koepka and Brooke Henderson walked away with top golfing honours at the ESPY awards in Los Angeles on Wednesday.

Koepka was named Best Male Golfer for his incredible run of form in the majors, with his most recent success at the PGA Championship in May sandwiched between runner-up finishes at both the Masters and US Open.

Koepka managed to beat out Tiger Woods, Justin Rose and Francesco Molinari for the honour, and while he looked pretty snappy in his tux for the occasion, it was his girlfriend Jena Sims who really turned heads:

Brooks Koepka and his girlfriend Jena Sims have made their way to the ESPYS where Brooks is nominated for Best Male Athlete of the Year. 💯 pic.twitter.com/lRIJTWBWuV

Extremely honoured to receive Best Female Golfer at the #ESPYS!! So cool! ☺️🙏🏻