Broke Hill makes it free and easy for junior golfers 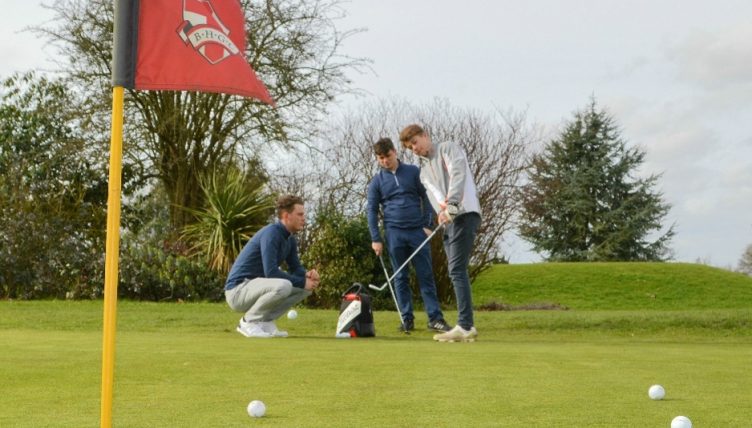 James Weekley and Ben Flint, who have both been associated with the club in Halstead, Kent since the age of 12 and came through the junior ranks together, encouraged club officials to waive the £230 annual subscription in the wake of the decline in the number of junior members.

As a result, the club is now offering a free junior scholarship to anyone under the age of 18 throughout 2017 with unlimited access to the course, group coaching, discounted lessons and free range balls in a bid to attract more youngsters.

Weekley, 22, said: "It's fantastic that the club have agreed to offer free junior membership.

"Everyone at the club is very supportive of what we are trying to do and we all want to see a thriving junior section. We want to make it as easy as possible for a youngster to come and play golf so it was decided that the best way to encourage that was to make it free for everyone."

Flint, 22, said: "Myself and James were in the junior section together and we had about 30 juniors at the time. But people get older and if new youngsters don't come in, it gets to a point where we don't even have enough numbers for a junior team. So we wanted to do something about it.

"It's not about finding the best golfers – we just want to see more young people playing the game."

Weekly group coaching starts in April and will run every Saturday (11am) and the Broke Hill professionals are also planning to spread the word throughout local schools with coaching sessions to find under-18s who are interested in trying their hand at the sport.

Jon Pleydell, general manager at Broke Hill Golf Club, said: "We think it's a great initiative. James and Ben have both been with the club a long time and are passionate about attracting more youngsters to join.

"In due course, we want to see the junior section flourishing and we are sure James and Ben will make it happen."