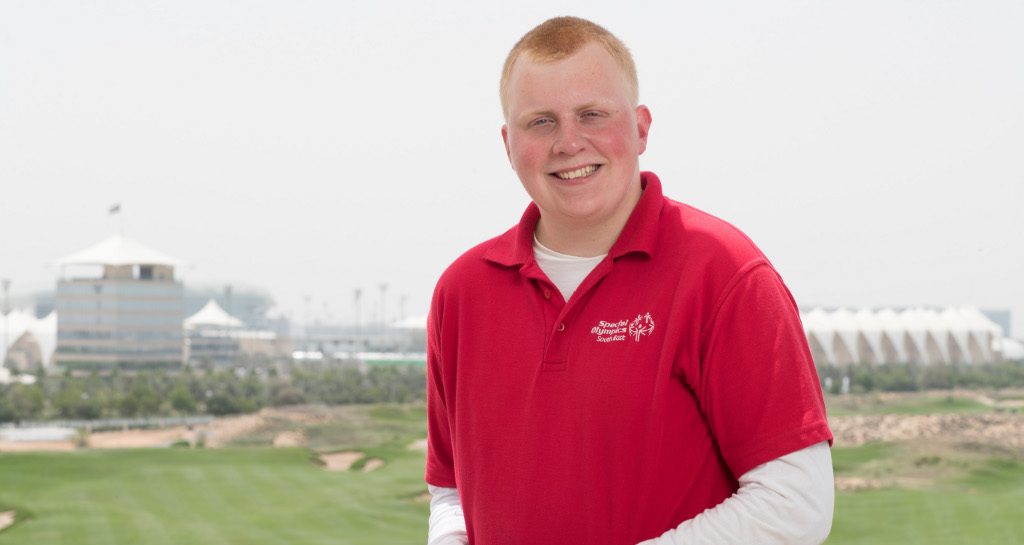 Team GB golfer Warren Clarke recently returned to his home in Hampshire as the only British athlete to have been chosen as an Ambassador for next year’s Special Olympic World Games in Abu Dhabi.

The 17-year-old Special Olympics athlete, who spent a week playing golf in the UAE in May, was invited to Abu Dhabi by the Local Organising Committee to help test the venue and facilities that will host the World Games golf tournament in 2019.

Warren, who has autism, speech difficulties and learning disabilities, was chosen as an Ambassador for the Games due to his ongoing commitment to the sport of golf and his unwavering determination in the face of adversity.

Since first picking up a golf club in 2011, Warren has achieved far more than many of his peers without Intellectual Disabilities.

He now plays off a six handicap, has been awarded his PGA Level 1 coaching badge and has introduced over 5,000 children to golf through his own charity – Warren Clarke Golfing Dreams – a not-for-profit community group that gives people with disabilities a chance to experience the sport.

Two years ago he won England Golf’s Young Volunteer of the Year award in recognition of his astounding work spreading the game.

Warren, who has never let his disability hold him back, can now add a World Games ambassadorship to his growing list of accolades, which include being an Ambassador for the Golf Foundation, HSBC Golf Roots initiative and Els for Autism, a charity set up by professional golf legend Ernie Els. 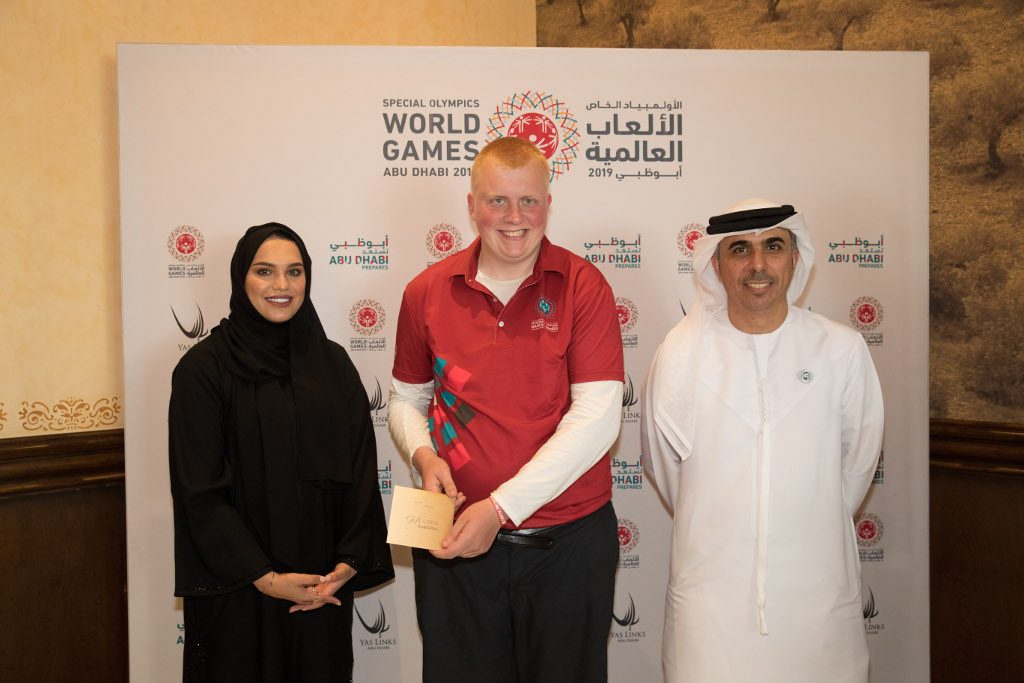 He is also one of only six volunteers in the UK dedicated to making golf a more inclusive sport for people with disabilities, through his coaching work with the Salisbury and South Wilts Golf Club.

Warren said: “My trip to the UAE was unbelievable, not what I had expected at all. The facilities are world class and the local hospitality was second to none.

“I got to meet lots of the organisers and other UAE athletes and they all told me about the amazing work that is being done here to help people with disabilities. It is great to know this is happening, as it is something I am passionate about.”

Speaking about his new role, Warren continued: “I feel privileged to be an Ambassador and want to use my experiences in Abu Dhabi to start getting the rest of Team GB – and people all over the UK – excited about next year’s World Games.

“I know they will be game-changing and I want to come away from them with another gold medal for my country”.

Warren’s own ambition to change perceptions of people with Intellectual Disabilities, mirrors that of the UAE’s National Vision 2021, which strives for full integration of ‘people of determination’ into everyday society.

Abdulla Al Wahibi, Director of Sports at Abu Dhabi 2019 said: “Warren is one of the most talented athletes – and one of the most charismatic people – I have ever met. He truly embodies the Special Olympics spirit and the values of the UAE; determination, inclusion and kindness. We are humbled to have him as an Ambassador and look forward to welcoming him back next March for the Special Olympic World Games in Abu Dhabi.”

“We are committed to moving perceptions of people with intellectual disabilities to be respected, equal and integrated members of the community. The World Games will act as a catalyst for this societal shift, which will be supported by a lot of similar initiatives as Abu Dhabi prepares to the World Games.”

During his trip, Warren was invited to play with Special Olympics golfers from Zimbabwe, South Africa and Ireland as they tested the Yas Links golf course.

Warren and his peers worked closely with the organisers to provide feedback on their overall experience. This builds upon the LOC’s commitment to ensure that next year’s Games will be the most ‘unified’ in history, involving people with Intellectual Disabilities in every aspect of the planning and delivery.