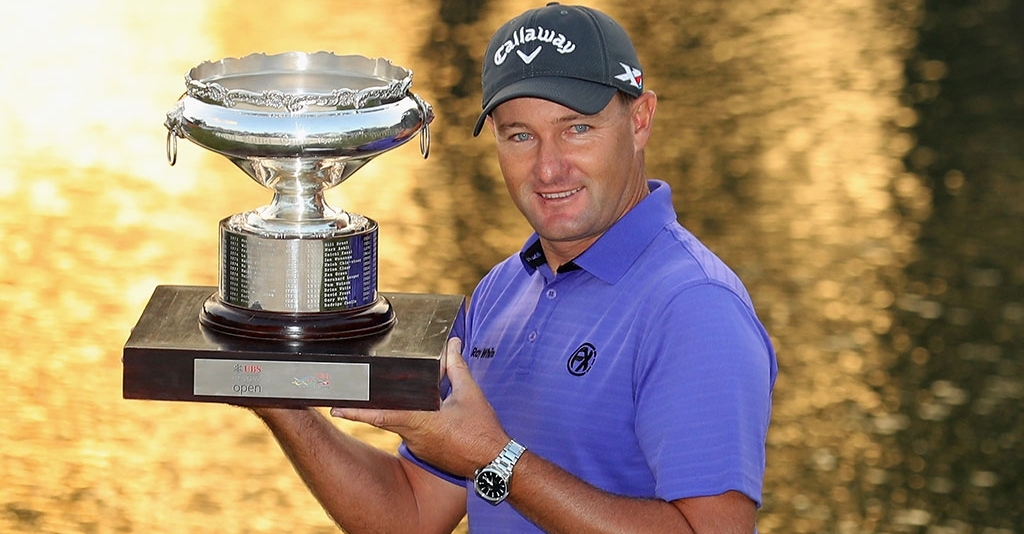 Brazel, who started the final round tied at the top of the leaderboard with Cabrera-Bello, fired a fourth round two-under-par 68 to finish at 13 under for a 267 shot total.

On the back nine at one stage there were six players tied for the lead but an eight-foot birdie on the 18th have him the victory.

Cabrera-Bello created a grandstand finish when he birdied the 16th and 17th but after a stunning Brazel approach shot had to settle for second at 12 under when he parred the final hole.

Next at 11 under were England's Tommy Fleetwood and Australian Andrew Dodt one clear of American David Lipsky and two ahead of Britain's Danny Willett.

Brit Paul Waring finished was at eight under, one ahead of American Danny Chia and Spain's Pablo Larrazábal while finishing out the top-ten on six under were Marcus Fraser, Jorge Campillo, Jason Scrivener and Jbe Kruger.

After his victory 37-year-old journeyman Brazel credited a new set of clubs in helping him to claim his first European Tour title.

"It's been a long time coming," Brazel said afterwards. "I've been playing good. It's just been a bit of a struggle with the old irons and my man, Adam, set me up with a new set of bats, and it's all sort of turned around. This is the fruit.

"I'd love to come over to Europe. It will be a great privilege. I was very lucky. That wasn't the greatest second shot in there but it ended up good and the rest is history.

"It was a thrill to be out there the last few days. I hope that continues."