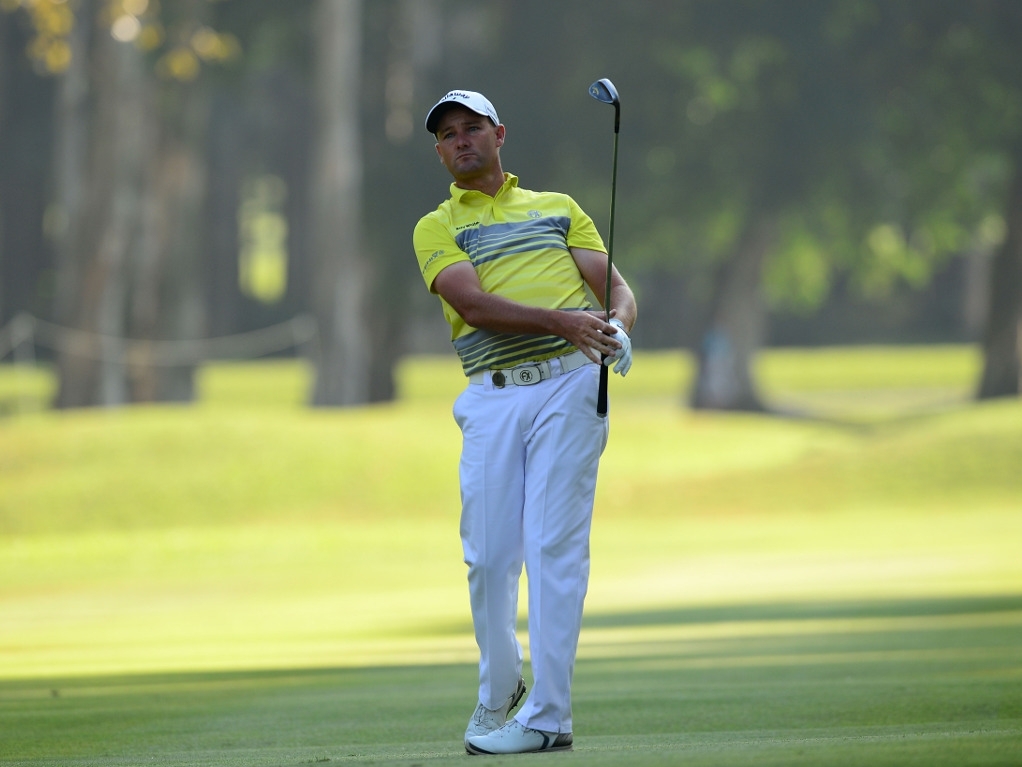 Sam Brazel and Rafael Cabrera Bello are tied for the lead going into the final day of the UBS Hong Kong Open.

Saturday saw Brazel fire a superb three under 67 around Hong Kong Golf Club, leaving him on 11 under for the tournament. Cabrera Bello, meanwhile, let his second round lead slip as he signed for a even par 70.

After a bogey on the first, Brazel was solid through the rest of the round, carding four birdies. Cabrera Bello endured a patchy round, with six birdies, four bogeys and a double bogey six on the 14th.

"Today my score has all colours of the rainbow in it," quipped the Spaniard.

"There's been a lot of positives and a lot of negatives.I was trying to find a stable day where I was just playing solid like I had these past two days. Staying patient, waiting for the birdies to come and I end up going up and down all day.

"The best thing is I'm still in it. I'm still leading. Of course it would have been nicer to have a few to spare but I still would have needed to play great tomorrow and I'm still in a position."

Meanwhile, Brazel – who is still searching for his first professional win – is feeling the nerves.

"It would mean the world to win," said the world number 480.

"But there's 18 holes to go and I'm just going to approach it one shot at a time and try and enjoy the moment. Just learn from the experience.

"I started a little nervous on the first but I guess that's the situation you're in. I felt the nerves a little bit at lunch time and just sort of grounded it out and it was fun out there."

Further down the field is Englishman Tommy Fleetwood in third on nine under, while David Lipsky of the USA is solo fourth.

Thai veteran Thongchai Jaidee is T8 on six under while Masters Champion Danny Willett is six strokes back on five under.