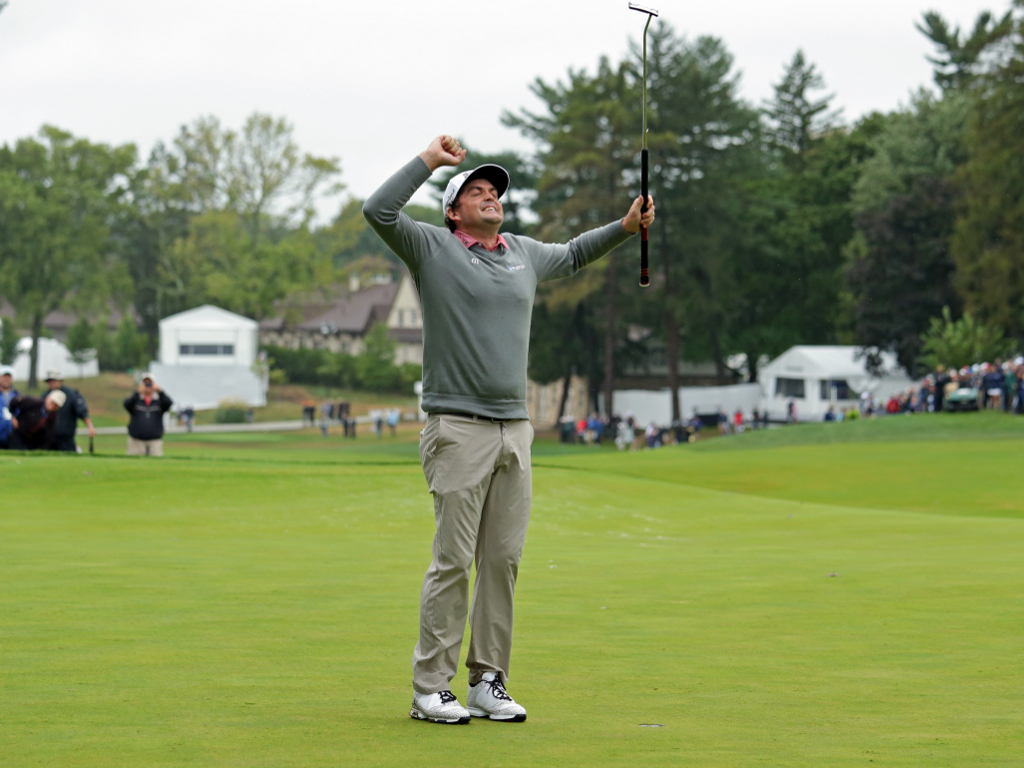 Keegan Bradley beat Justin Rose in a play-off to become the BWM Championship winner but the latter still did enough to become the world’s best player for the first time in his career.

Rose just needed to make a par on the 18th hole of the final round of the BMW Championship, which was played on Monday due to heavy rain on Sunday, to win it.

However, the Briton, made a bogey to finish at 20-under-par for the week – he carded a final round of 67.

Drama down the stretch.

Catch up on Monday's dramatic finish at the @BMWChamps. pic.twitter.com/lyNcxIXr10

That meant a play-off with Bradley was required after the American made the most of soft conditions to finish the Championship with an extremely entertaining 64 that contained eight birdies and two bogeys.

At the first time of replaying the 18th, Bradley made a solid par.

Rose got a wonderful break when his wayward approach shot hit the stands and was spat out close to the green. He failed to make the most of his good fortune though as he hit three shots with his putter to gift Bradley the victory.

The win is Bradley’s first on the PGA Tour since 2012.

It's hole-out after hole-out in the top 5 shots of the week. pic.twitter.com/p6fZ3Dz9Ej

Despite the disappointment of missing out in a play-off, Rose was delighted to have become the world’s best player.

He said that the achievement was the realisation of a childhood dream.