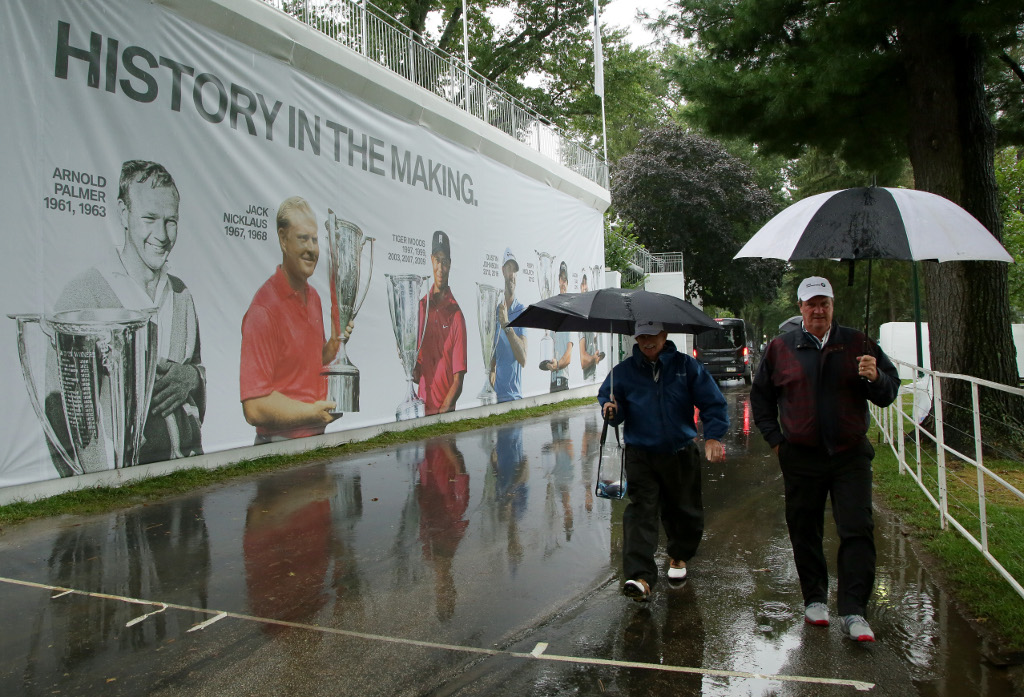 The final round of the BMW Championship was postponed on Sunday after heavy rain in Philadelphia left the course unplayable.

Play at Aronimink Golf Club was abandoned with none of the 69 players being able to start their rounds.

Should the weather hold-up, the players will finish on Monday and if a certain amount of holes remain, Tuesday is an option too.

Although there is every chance that Justin Rose, the 54-hole leader, will be crowned the BMW Championship winner without hitting another ball, a result that would see the Englishman become the new world number one.

“We will do everything we can to play tomorrow,” said Slugger White, PGA TOUR Vice President of Rules and Competition.

“If we get in tomorrow and we get half the round completed, yes, we would be into Tuesday.

“If we don’t, it’s really too early to talk about that.”

Waiting for rain to stop in Philly pic.twitter.com/lGFIhZVIGI

Should no more holes be played, Jordan Spieth would end up 31st in the standings and miss the Tour Championship for the first time since turning pro and playing a full season in 2013.

The BMW Championship is the third of four events of the PGA Tour’s FedExCup play-offs.