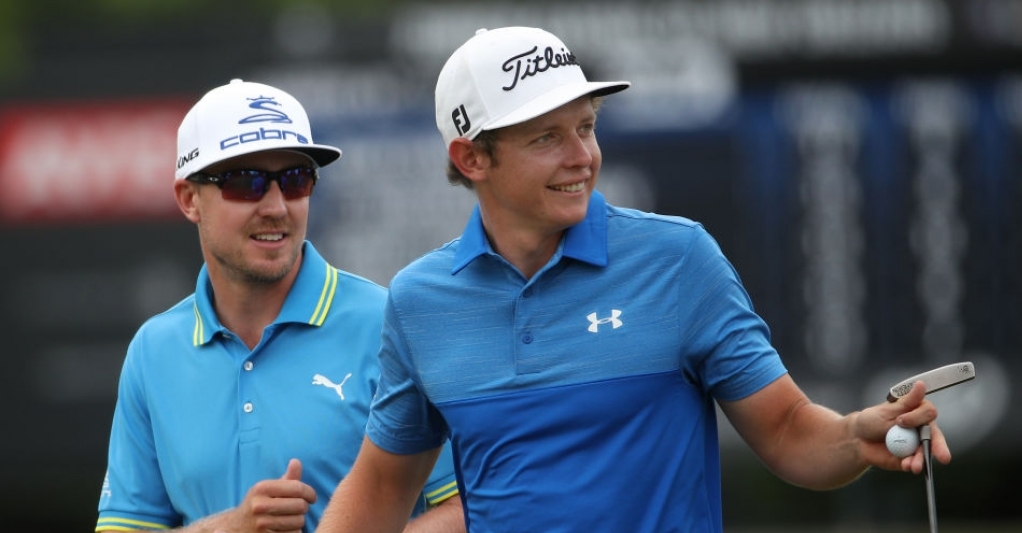 Sweden’s Jonas Blixt and Australia’s Cameron Smith battled gusting winds at the Zurich Classic on Saturday to post a four-under 68 and widen their lead to four strokes.

The duo extended their bogey-free run to three rounds as they combined well in the alternate shot (Foursomes) with four birdies to finish the third round at TPC Louisiana at 19 under par.

Kevin Kisner and Scott Brown (67) and Nick Watney and Charley Hoffman (69) were tied for second at 15-under par.

Jordan Spieth and Ryan Palmer endured putting problems in the strong winds as they finished five strokes off the pace.

“I have a teammate I can trust. I know he’s going to get up-and-down if I miss it,” Blixt said of his partner.

“It’s good to have a good mate by my side,” said Smith.

Spieth, meanwhile, was troubled by the strong winds as he and Palmer missed several short putts.

“It’s very difficult out here with these grainy greens when you get the wind going one way and the hill and the grain the other,” Spieth said after his round.

“If the wind gusts… even on a six-footer, you’re just trying to figure out where to hit it,” he added.

Sunday’s final round will help the players post better scores as the four-ball (best ball) format allows the players to be more aggressive.