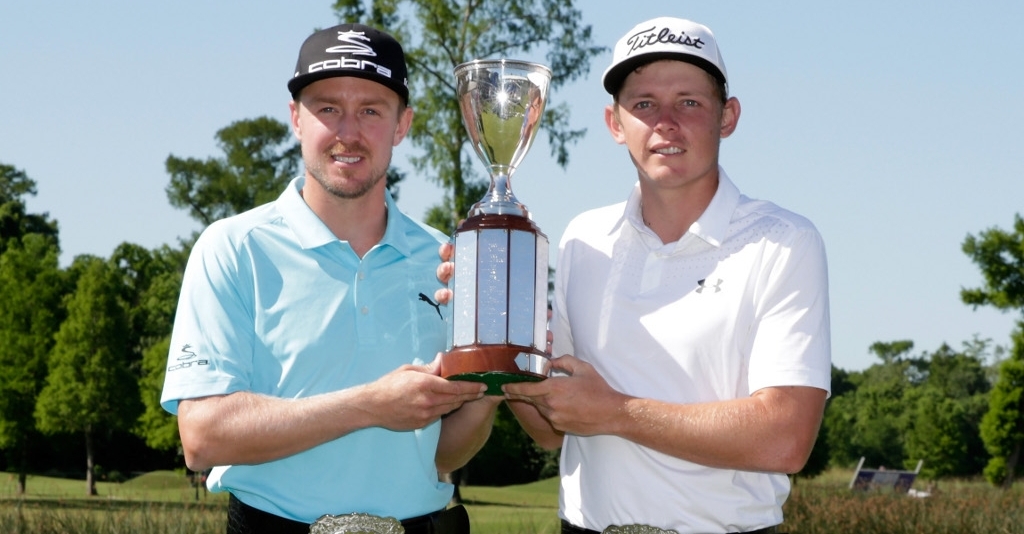 Cameron Smith and Jonas Blixt finally clinched the Zurich Classic of New Orleans in a play-off on Monday.

The duo had to endure a lengthy weather delay on Sunday, and then a four-hole play-off against Kevin Kisner and Scott Brown on Monday before finally sealing the victory.

“I can’t even talk right now,” said an emotional Smith after getting over the line.

How does it feel, @CamSmithGolf?

“I feel like I had the best partner here,” Blixt said of Smith.

“He’s been playing great all week. He’s going to be a superstar one day. I’m very proud of him. Having seen the way he plays golf, the sky’s the limit for him.”

On Sunday, Kisner forced the play-off courtesy of a superb eagle chip at the par-5 18th that left his partner with a simple tap in to level the scores with Smith and Blixt.

Monday’s play-off saw the two teams trading pars for the first three holes, playing 18, 18 and 9 before Smith sealed the deal with a short birdie putt on 18.

The two teams finished four shots ahead of runners-up Kelly Kraft and Kevin Tway in regulation at 27 under.

Texans Jordan Spieth and Ryan Palmer were fourth at 22 under.