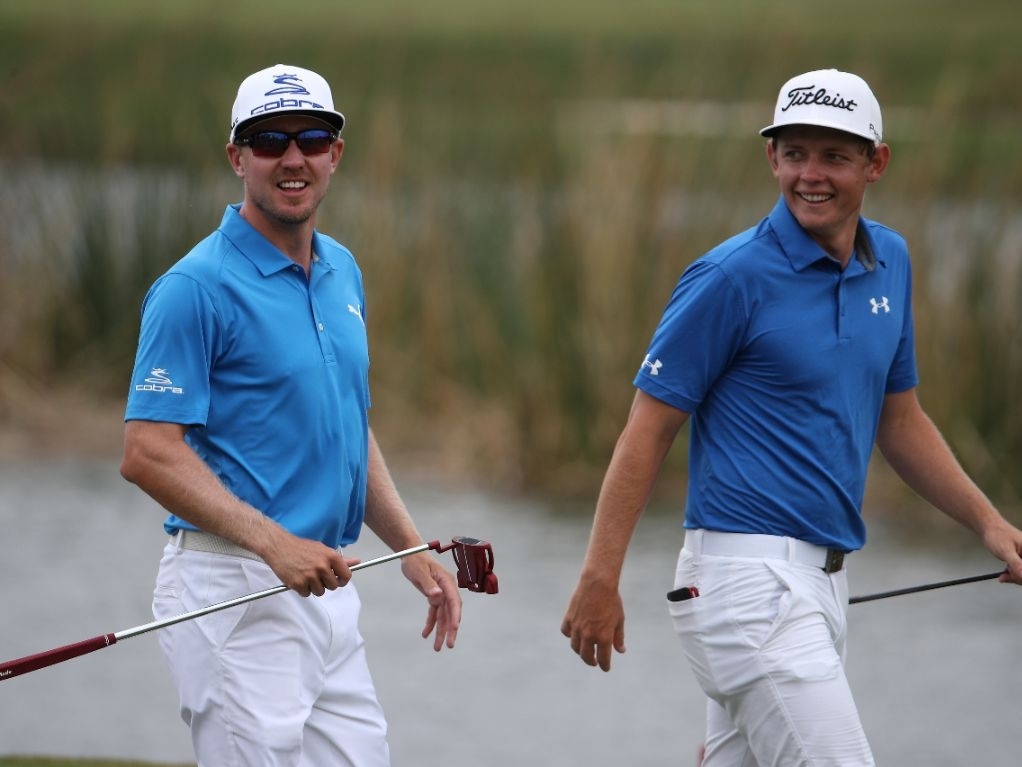 Cameron Smith and Jonas Blixt boast a one-shot lead at the new-look Zurich Classic of New Orleans after the pair shot a combined round of 62.

In the new team format at the event, Blixt and Smith carded two eagles and six birdies in the better-ball play on Friday to move to the top of the leaderboard at the halfway mark.

They took advantage of the lighter winds in the morning session to move into the lead, before Patrick Reed and Patrick Cantlay got within one shot later in the day.

“And Jonas is putting really good, chipping really good, so you always know he’s going to get up-and-down for par, so just shooting the pins, and it all came off today.”

Reed and Cantlay also posted a round of 62 with 10 birdies after they had been two shots adrift at the start of the day.

However, the strong winds at the event saw several high-profile teams miss the cut, including Henrik Stenson and Justin Rose, and Rickie Fowler and Jason Day.

Stenson and Rose finished one short off the cut after a six-under 66, with Fowler and Day a shot further back.

The teams of South Korean pair KJ Choi and Charlie Wi, and Robert Streb and Troy Merritt, are both two shots off the pace.