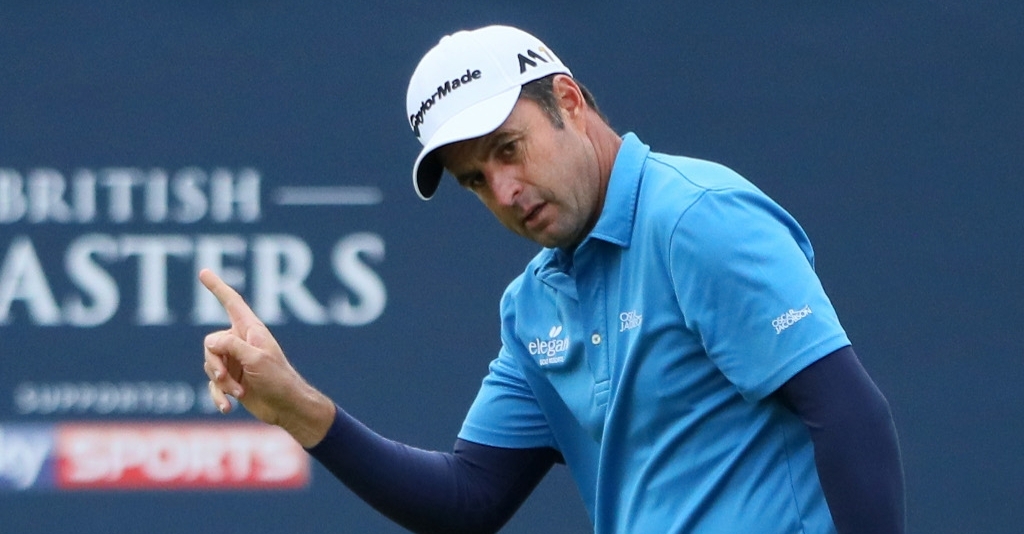 Richard Bland will take a narrow one-shot lead into the weekend at the British Masters after shooting Friday's lowest round.

The 43-year-old veteran has never won on the European Tour, but has put himself in position to do just that following a superb seven-under-par 64 in his second round at the Grove.

That took his total to 11 under par, one shot clear of Sweden's Alex Noren and countryman Andrew 'Beef' Johnston.

Noren and Johnston both shot 65s to put themselves right in the reckoning for the main prize – as did Scott Jamieson and Anthony Wall, who join Tommy Fleetwood (67) in a tie for fourth on nine under, two shots back.

The likes of Chris Wood, Tyrell Hatton and Bernd Weisberger follow on eight under, with Lee Westwood a shot further back, setting up what should be an exciting finale to the tournament with several talented players in contention.

The day belonged to Bland, however, whose round got off to a pretty sedate star with a one-under-par front nine of 34.

"I've holed out fantastically well, not only these last two days but probably over the last three or four months," said Bland.

"If I can keep that going, hopefully I'll be there on Sunday.

"Whenever you play at home, either here or at Wentworth, you've got your family there supporting. Other people come up, your friends, so it's nice just to hear those extra cheers for you."

Johnston, meanwhile, is also looking very good after rounds of 67 and 65.

The popular Englishman was able to offset two bogeys with an impressive eight birdies to ensure he remains in the hunt for a second European Tour title, following his maiden triumph at the Open de Espana back in April.