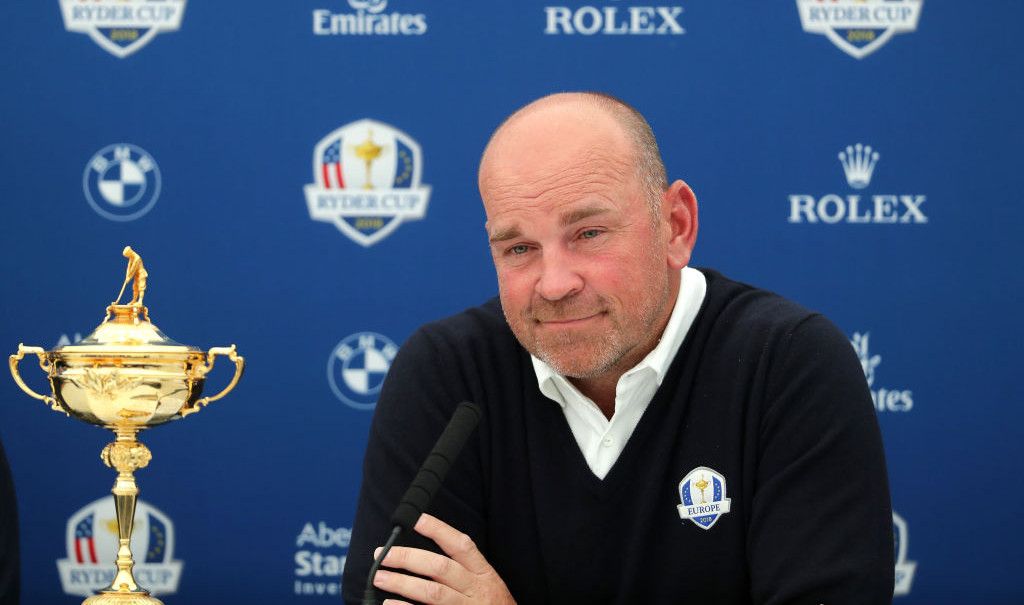 Europe captain Thomas Bjorn has defended his decision to pick Sergio Garcia as one of his wildcards for the upcoming Ryder Cup, despite the Spaniard’s poor form this season.

Garcia was included ahead of the likes of compatriot Rafa Cabrera-Bello and rookie Matt Wallace, who has won three times on the European Tour this season, a decision that led to a torrent of criticism on social media.

Massive massive fan of Sergio Garcia – but does his form really warrant a place over a guy for example who’s won 3 times this year?? Experience is vital but form surely must play a role #RyderCup2018

Not sure how Bjorn has gone with Garcia over Wallace or Rafa, both on better form surely🤔 #RyderCup

Speaking about his decision, Bjorn said he had made the call to include Garcia purely out of what he brings to the team.

“We need people that can rise to the occasion, that can up their game and that can make the man standing next to him better. Sergio does that,” he said.

“He’s also the one that on Saturday night, when you’re four points ahead, that goes ‘OK, this is by no means won yet’, because he knows that. He’s been there.”

Cabrera-Bello was overlooked despite being a place above García in the world rankings, and finishing in a share of seventh last weekend at the Dell Technologies Championship in Boston.

The 34-year old also made the cut at all the majors this year, while Garcia missed all four weekends.

And Bjorn said the call to tell Cabrera-Bello he was out was one of the hardest things he’s ever done.

“It’s such a privilege to be Ryder Cup captain but any great job in the world also comes with some really tough decisions. That is not something I envy anybody having to do in the future. I felt sick to my stomach because I think the world of the bloke, I really do.”

It’s been a long journey but the team is now set! I’m so proud of each and every player and ready to go to work in Paris to win the @RyderCup back! I really appreciate all the support. Let’s go #TeamEurope 🇪🇺🇪🇺🇪🇺 pic.twitter.com/6lVZSosFd6

García’s inclusion as one of Bjorn’s four wildcard picks, the others were Henrik Stenson, Ian Poulter and Paul Casey, was by far the most controversial.

As well as missing all the cuts in each major, Garcia also opted to miss European Tour events leading up to the end of the automatic qualifying process.

But Bjorn reiterated that he considered experience more important than form.

“In sport people tend to go with just performance and that’s so easy to measure,” he added. “So that would be from the outside. I understand that’s the way people look at it but when you sit in my role.

The United States are heavy favourites to retain the trophy when the biennial competition, which gets underway at Le Golf National, near Paris, on September 28.