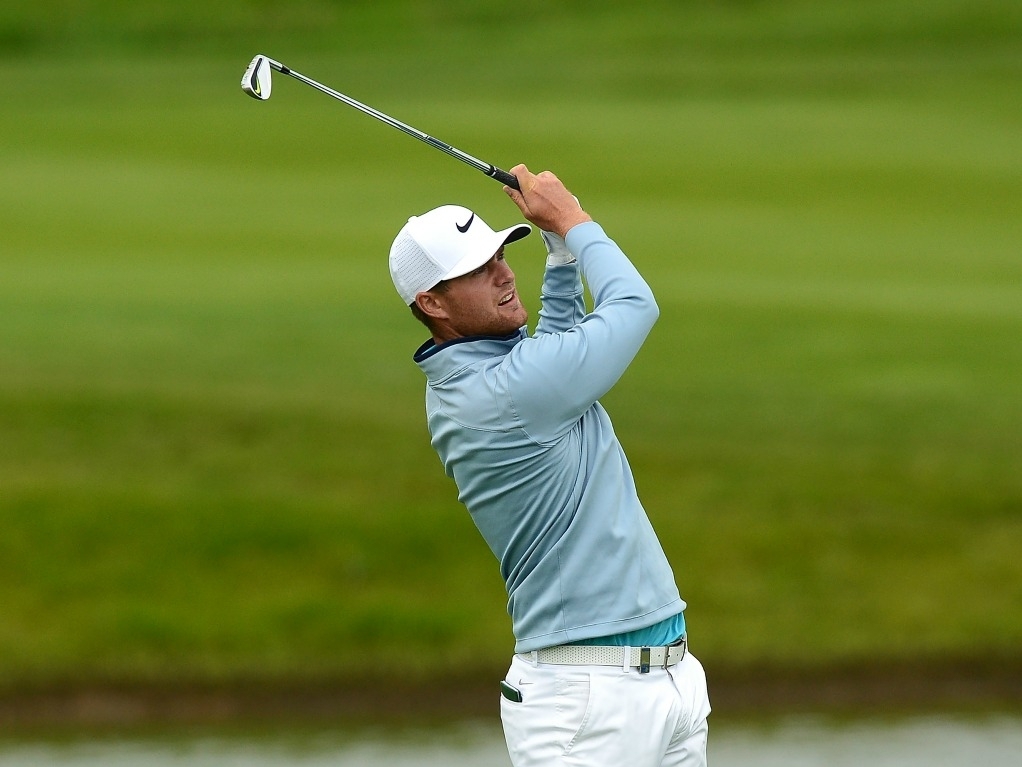 A stunning hole-in-one helped Lucas Bjerregaard open a one-shot lead after round one of the Open de France.

The 202-yard effort, the first hole-in-one of his career, was undoubtedly the highlight of Bjerregaard's five-under round of 66 at Le Golf National, the home of the 2018 Ryder Cup.

What made the Dane's round, which also included five birdies, even more impressive was the fact that he was having to use a new set of clubs after his own set had been lost in transit.

"It was a great way to start my round," the 24-year-old said. "It's my first ever hole-in-one, so that was pretty sweet. It was a perfect number for a seven iron downwind. I hit a great shot straight at it but we couldn't really see it.

"It looked like it went in, but about five guys were at the back of the green and nobody clapped or reacted in any way and then Matteo (Manassero) said he thought he could see it right behind the pin.

"I grabbed my putter and we started walking and when we got a little closer we could see no ball on the green.

"My clubs got lost on the way down here so Nike made me a new set yesterday. Maybe I should just keep these now and let the airline company keep my old ones."

However, it was a day on which many of the bigger names at the event struggled.

Despite starting brightly, Rory McIlroy had to settle for finishing the day on par after an erratic round of 71.

The 27-year-old was two-under par after six holes, but later carded four bogeys, while he also found the water twice.

Despite his problems, McIlroy still fared better than Masters champion Danny Willett, who double-bogeyed the 18th after finding water with his approach to card a 75 and face the prospect of a second-consecutive missed cut.

Playing partner Lee Westwood, who finished second to Willett at Augusta, was only a shot better off, while two-time winner Graeme McDowell slumped to a nine-over-par 80.