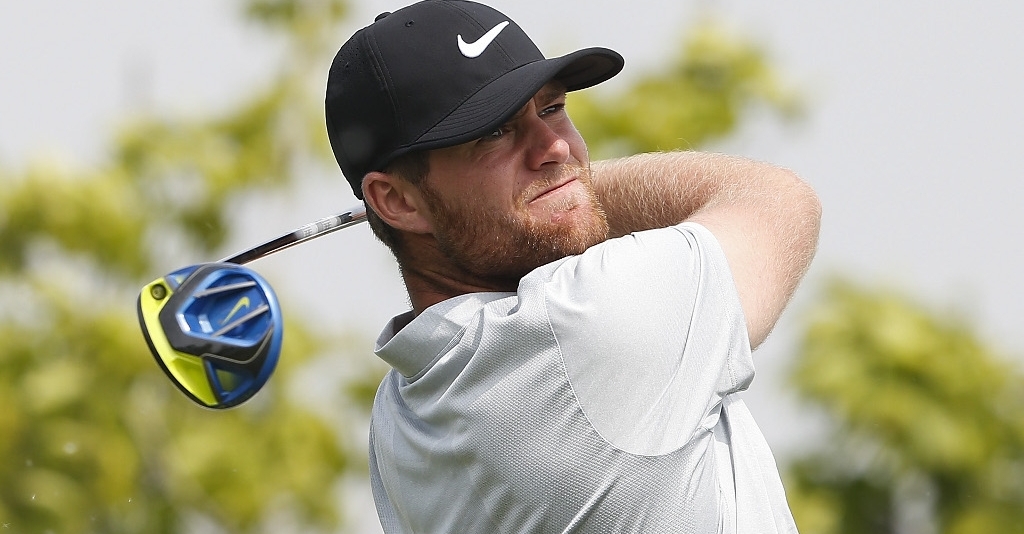 A stunning 65 from Lucas Bjerregaard saw the Dane grab a share of the lead with Felipe Aguilar at the Volvo China Open on Saturday.

On a day of low scoring at Topwin Golf and Country Club, Bjerregaard's third round was equal to the lowest, featuring five birdies and an unlikely eagle after he holed his approach at the par four third.

After a series of strong performances at the end of last season, Bjerregaard has struggled so far in 2016, failing to register one top-10 finish, but he has now put himself in line for a victory heading into Sunday's final round.

Overnight leader Aguilar was no slouch himself, carding six birdies and a single bogey to ensure he would retain at least a share of the lead with 18 holes left to play.

Bjerregaard has never won on the European Tour, but he clearly seems to enjoy playing in Asia. His best finish to date is a second place achieved at last year's UBS Hong Kong Open.

"I played nicely today and got things going a little bit on three there, holed a six iron from 160 metres but other than that the front nine was pretty quiet," he said.

"I hit some good shots on the back nine and making some putts as well, then I thinned my chip shot over the green on 17 and then made the putt from there so all in all a very good day."

Aguilar, meanwhile, is hunting his third European Tour win. A birdie at the last tied him for the lead.

The Chilean attributed his strong performance to a putter switch and he credited Fabrizio Zanotti for helping him make the change.

"My putting is my weakest part of my golf game," he said. "It's been very poor for the last six months and I switched putter this week and that was thanks to Fabrizio Zanotti.

"I went in his bag and took his putter. He was kind enough to let me use it and I think that's been the biggest difference, that I've made some putts that I really needed to make.

"Hopefully it will be me."

Also still in with a chance is Gregory Havret, who lies three shots back, and the likes of Marcel Siem, Richard Bland, Peter Hanson and Zanotti, who all lie a further shot adrift.

A special round from Hennie Otto, Alexander Levy or Richie Ramsay – some of the players on 11 under – could still see them walk away with the trophy.