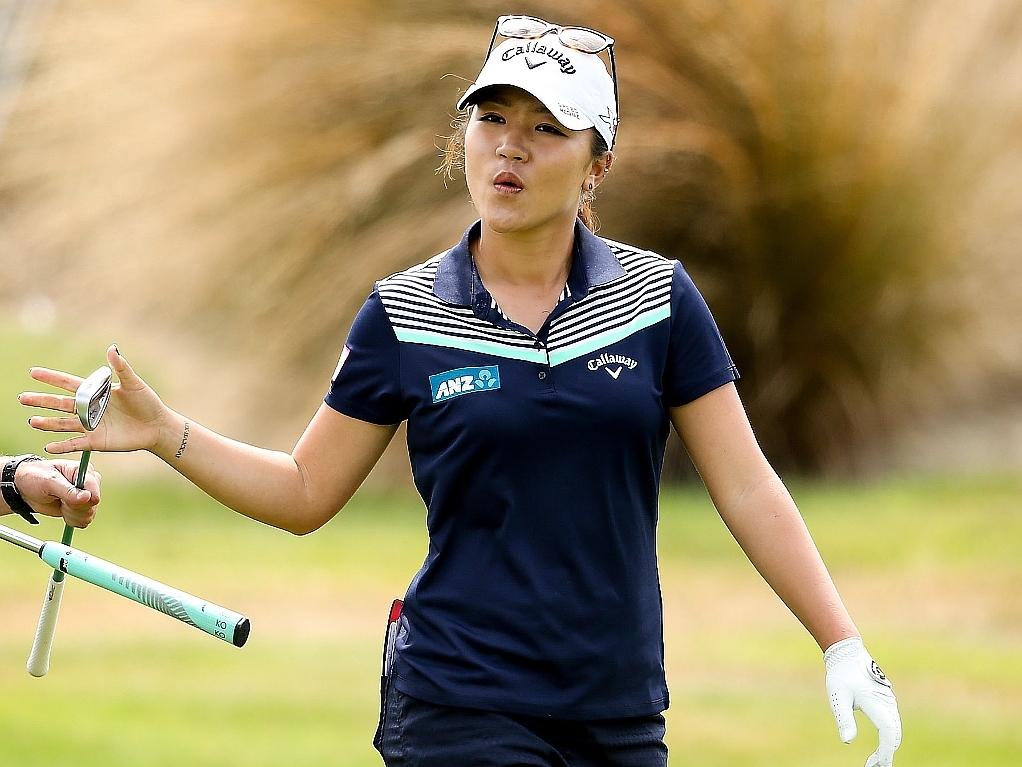 Lydia Ko shook off her jetlag and flew into the lead in the second round of the New Zealand Women's Open at Clearwater Golf Club in Christchurch on Saturday.

The 18-year-old Kiwi said that a three-under-par 69 on Friday did not represent her best golf but was pleased with a second round of five-under 68.

Ko made birdies at the second, fourth, seventh, and eighth holes to make the turn in four-under-par and kept the momentum going on the back nine with another at the 12th before giving one back at the difficult par-four 13th hole after driving into deep rough.

After another birdie at the difficult par-three 16th hole she ended the day at eight-under-par and a stroke ahead of Ladies European Tour rookie Justine Dreher from France.

“I hit the ball much better today and had a lot of chances” said Ko. “I just need to focus on my game tomorrow.”

Dreher followed her opening 67, which included seven birdies, with a two-under-par 70, which included three birdies and a single bogey at the difficult par-four eighth hole, which was her 17th hole of the day.

The 23-year-old arrived into Australia in early January hoping to earn a place in all three of the ALPG major events.  Currently she finds herself assured of a place in next week's ISPS Handa Women's Australian Open and the RACV Ladies Masters the following week with a chance to win in only her second major tournament as a professional playing alongside Ko.

The past few weeks have been a whirlwind for Dreher and her fifth place finish at the Oates Victorian last week proved that she has the pedigree to contend in major International tournaments.

Sunday will be the biggest test so far in her short professional career when she tees off alongside Ko.

Overnight leader Nicole Broch Larsen made a solid start after a birdie at the second, but she couldn't get anything going for the rest of the front nine and after a double bogey at the par-3 9th hole she was out in one-over-par. She would birdie the 10th hole to get back to even for her round before a disappointing dropped shot at the last meant a one-over-par 73 and a 36-hole total of five-under-par.

The round of the day went to Broch Larsen's good friend and compatriot Emily Kristine Pedersen, who shot a six-under-par 66 whilst playing alongside Ko and last year's runner up Hannah Green.  The 2015 LET Rookie of the Year was seven-under-par for the day – and the tournament – but a missed par putt on the last mean that she will start the final round two shots off the lead at six-under alongside Scotland's Pamela Pretswell and and fellow Dane Nanna Koerstz Madsen.

Pretswell was one of the few early morning starters to appear on the leader board. After an opening round of four-under-par 68 in windy conditions on Friday, she added a steady two-under-par 70 to sit on six-under-par.

New Zealander Liv Cheng is a stroke further back on five-under-par after rounds of 70 and 69. She spent the first two days playing with Dame Laura Davies, who moved up into tied 31st position with a second round of 70.

Davies birdied the first and made eagle at the par-five second, picking up another birdie on the ninth hole to be out in four-under-par. A second eagle at the 10th hole saw her climb to six-under-par for the round but she undid the good work with four bogeys on the back nine.

There are 15 players within four shots of the leader who still have a strong chance of unseating the defending champion and world's best player as she strives for her third ISPS Handa New Zealand Women's Open title.